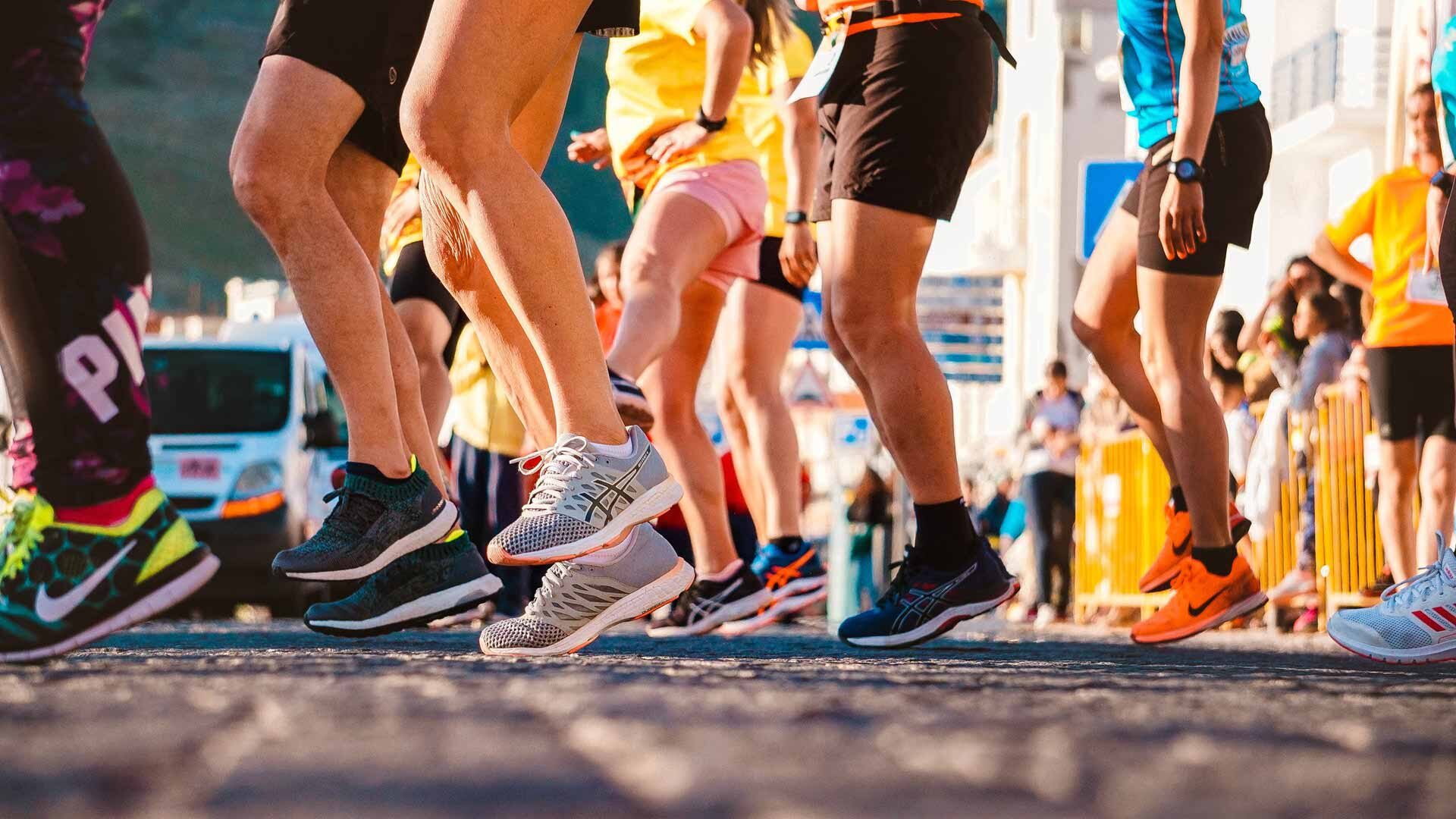 Unless you’ve been living in a cave for the last two years, you probably know that the 2020 Olympic Games are happening right now in Japan. A big event like this usually only happens once every four years, so let’s take this opportunity to talk about the Olympics in English!

This year, over 11,000 athletes from 205 countries (plus the IOC Refugee Olympic Team) have come to Japan to competein 339 different events in 50 disciplines from 33 different sports. The top three athletes or teams in each event win a medal, with gold for first place, silver for second, and bronze for third. They each stand on a podium to receive their medal, and the national anthem of the winner is played at the end.

With the COVID-19 pandemic, this year’s Olympic Games are a little bit different. There are no spectators in the Tokyo venues. The winners on the podium have to wear a mask. Athletes have to stay in the Olympic Village when they are not competing, and they have to leave Japan within 48 hours after their final event.

But, the Olympic games are still an exciting time for sports fans. World records will be beaten, medals will be won, upsets and surprises will happen. People will have the opportunity to see many smaller sports that aren’t usually seen on television.

Which sports are you looking forward to seeing this year? If you’re enjoying the Olympics this year, why not try to talk about it in English? 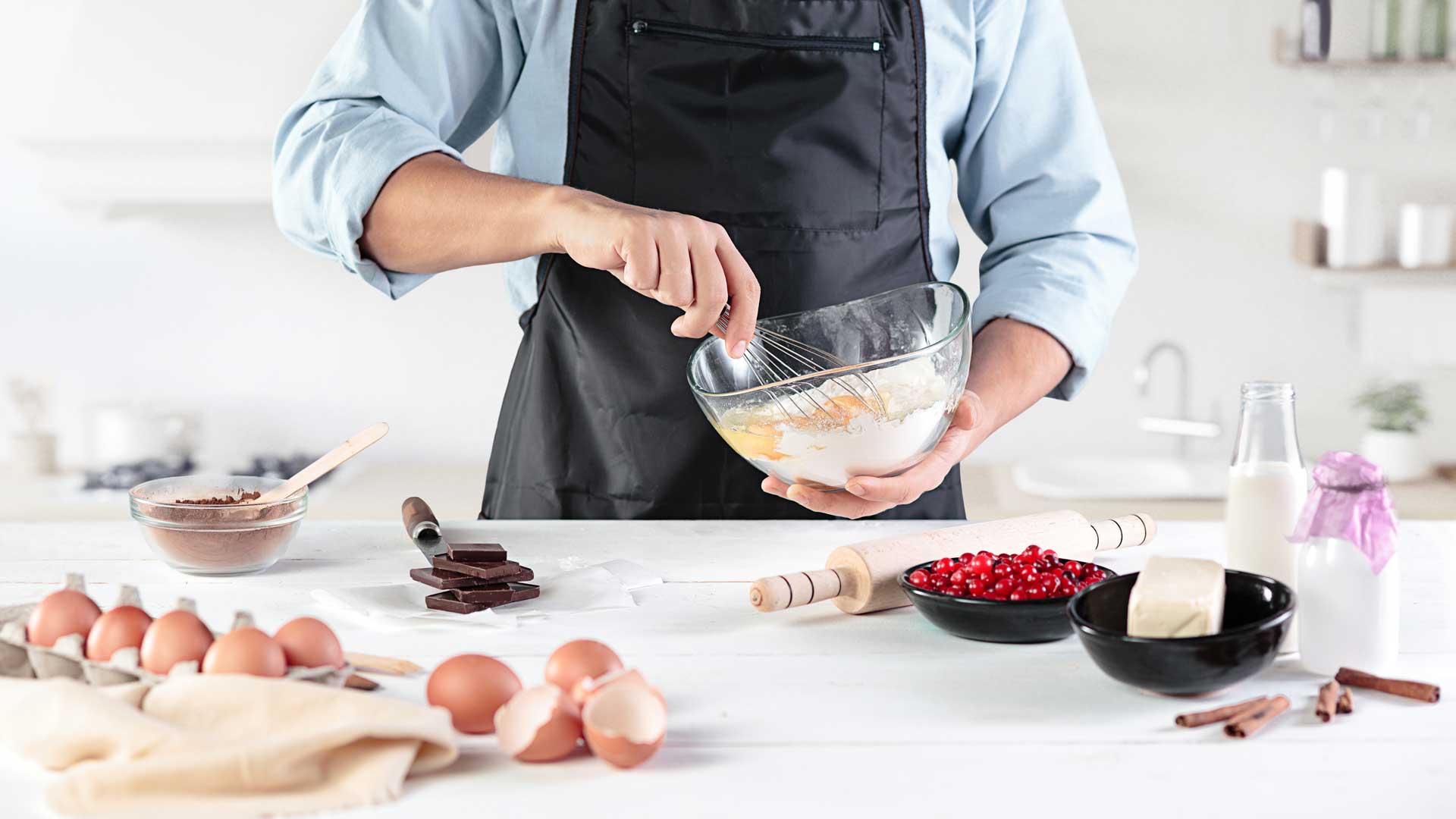 I like sweet things, and as a British person living in Japan, Japanese cakes and sweets sometimes just aren’t as good as the baked treats I remember from home. Some of my favourite cakes and desserts aren’t available in Japan, and even if they are, they can be very difficult to find (and even more expensive to buy). So, one of my new hobbies this year has been learning how to bake.

Of course, all the best British recipes are written in English, found on English-language websites or stolen from my mum. This is OK for me, but if you’re learning English as a second language then using an English recipe might be a problem. Many words used in recipes have completely different meanings in other contexts. For example, you can beat (hit) a drum, and Arsenal can beat (defeat) Manchester United, but did you know that you can also beat an egg? When you beat an egg, you don’t hit it or defeat it, but stir it very quickly with a fork or whisk.

There are lots of other words like this, so to help you in your baking adventures, I’ve made a list of some common words that you might find in an English language recipe.

Now that you have some vocabulary, why don’t you try cooking some British desserts for yourself? Here are some easy recipes you can try:

https://www.bbcgoodfood.com/recipes/classic-scones-jam-clotted-cream – if you can’t find clotted cream in Japan (some supermarkets sometimes have it), then whipped cream or butter are both good alternatives for scones . 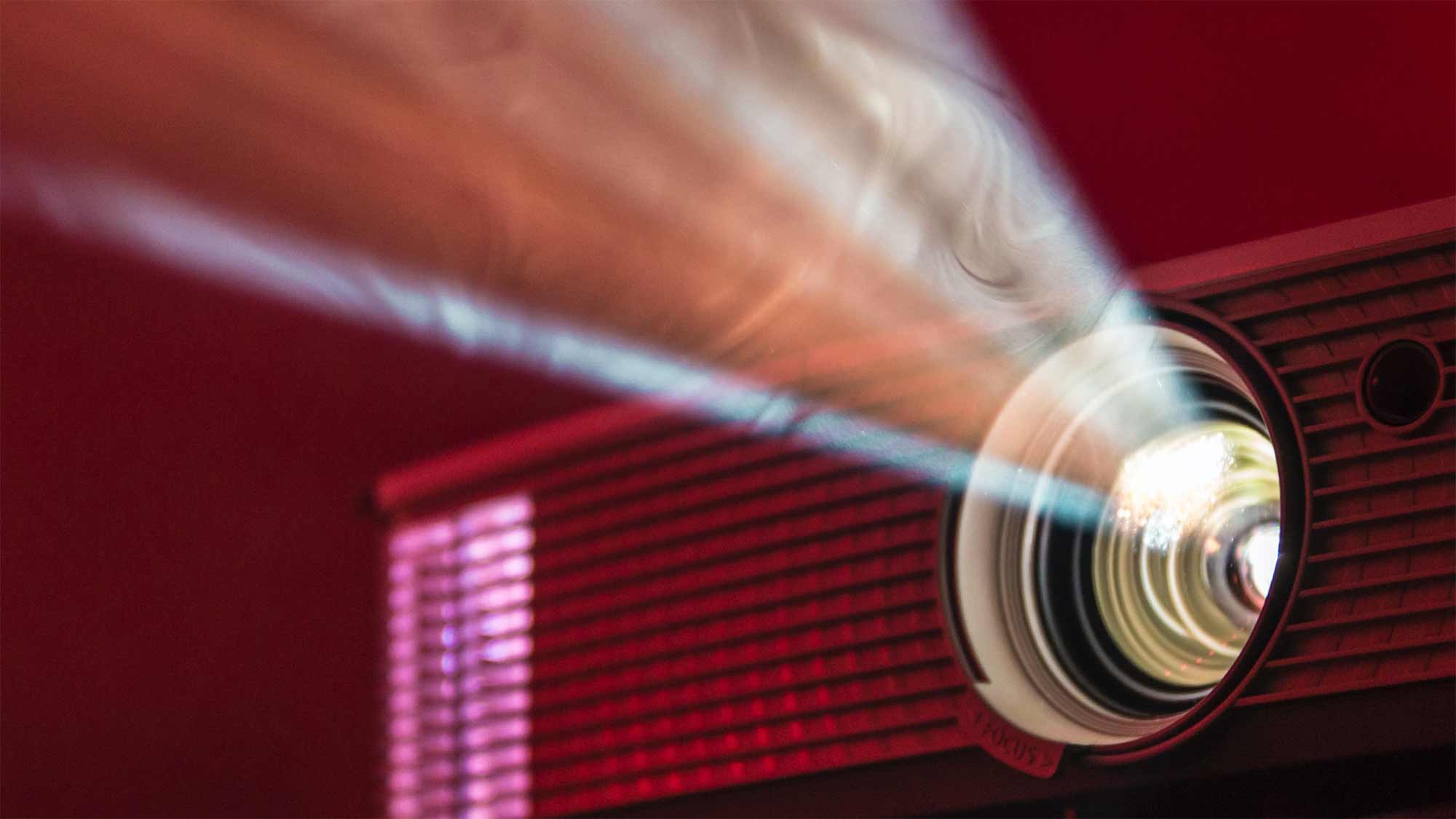 Studying at an English school with an English teacher can be a really good way to learn English, but one lesson a week isn’t really enough if you want to see real improvement. If you really want to improve, you have to study outside of the lesson too, and one really great way to do this is to watch English language movies and TV shows.

Here are some reasons why watching movies and TV shows can be a good way to study:

Knowing when to say something is just as important as knowing what to say. Often textbooks will teach you the ‘what’, and watching movies can be a great way to learn the ‘when’.

If the only accent you regularly hear is your teacher’s or language exchange partner’s, then you’ll find it difficult to understand when you talk to anyone who speaks differently. Listening to a variety of different accents and dialects in movies can prepare you for conversation with anyone!

We often think that studying is boring. Using movies that you enjoy watching can motivate you to want to study and learn more.

So that’s why it’s a good idea, but how we watch movies is important if you want to actually learn something. Here are some tips:

As mentioned before, you should choose movies that interest you and motivate you to learn, but you should also choose movies that are appropriate for your level. You’ll learn much more (and feel better about learning) if you watch a movie that you can understand. You don’t have to be able to understand everything, but watching a movie that is very difficult for you can be demoralising and demotivating. If you’re level is quite low, choose a kids movie or animation. If you’re more confident in your skills, choose a more complicated movie.

If you hear a word or phrase and you think, ‘I want to use that!’ then write it down in a notebook. If you’re watching with English subtitles, then you can get the correct spelling, and an example sentence too!

You can use a dictionary to check the meaning of the words or phrases you don’t understand, but you don’t have to check every word! If you did, a 2-hour movie could very quickly become a 4-hour marathon, and that’s not fun!

If you’ve written a word or phrase down in your notebook, try to repeat some of them to improve your pronunciation. Use the same intonation as the characters in the movie.

So, watching movies can be a really great way to study English at home between lessons. Try it for yourself and see! 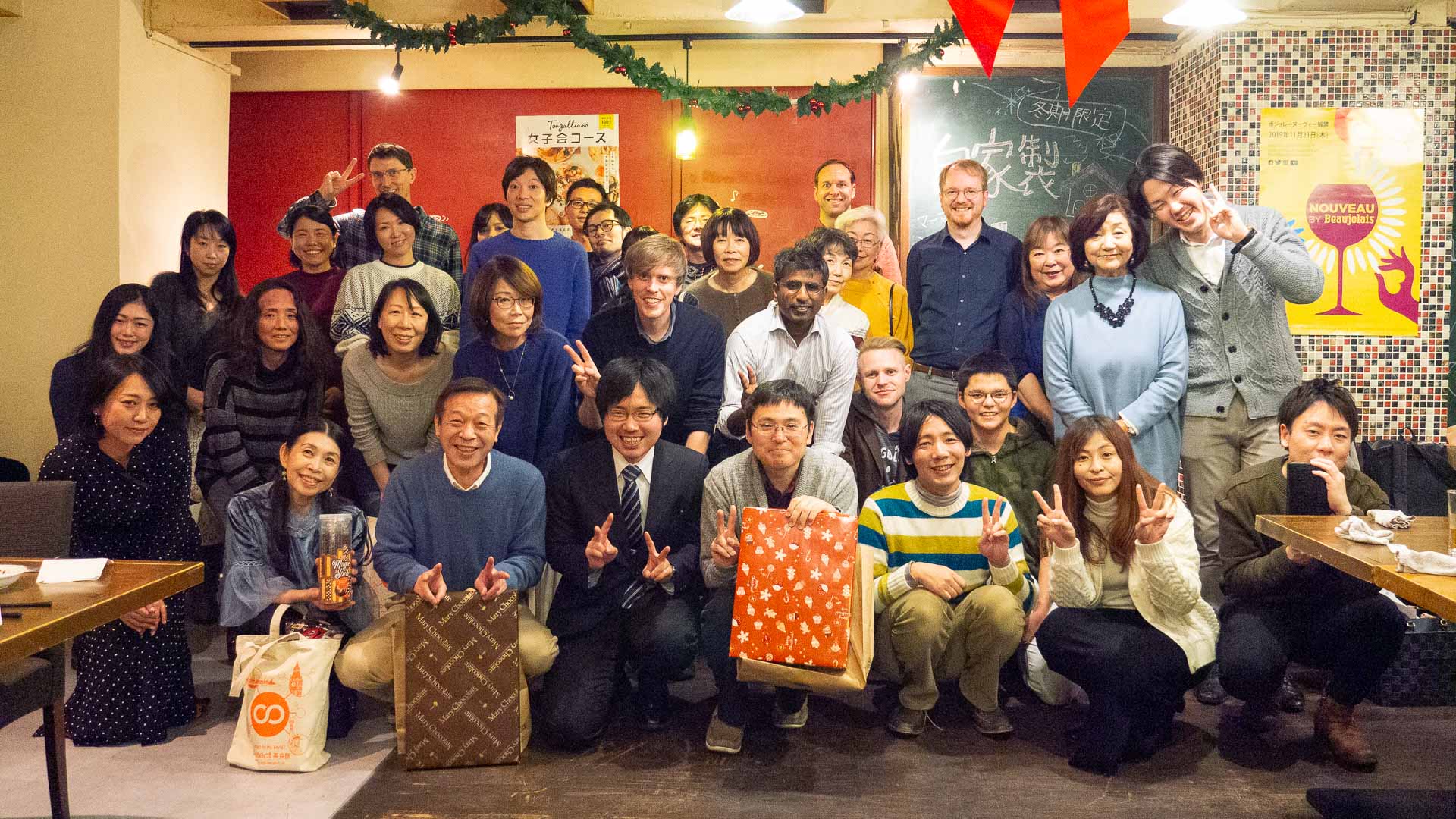 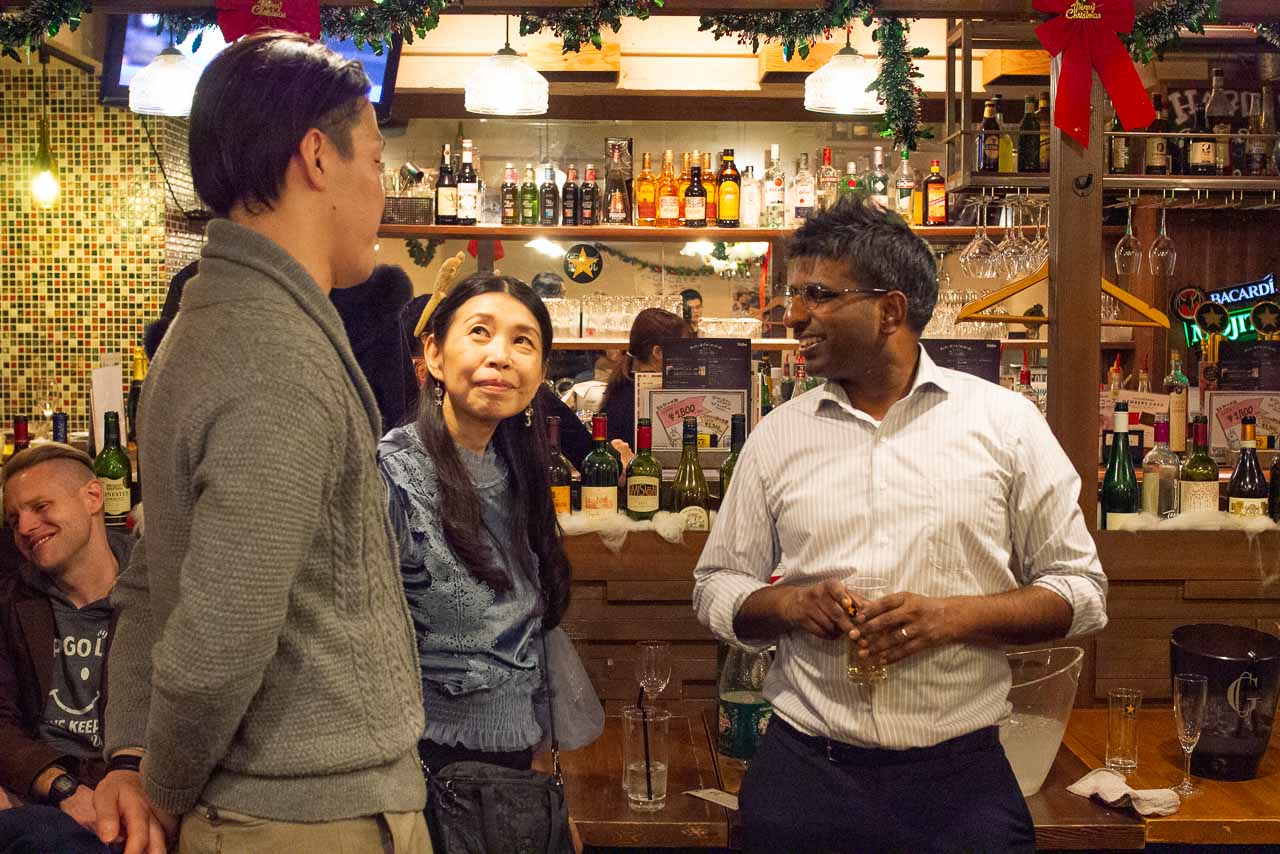 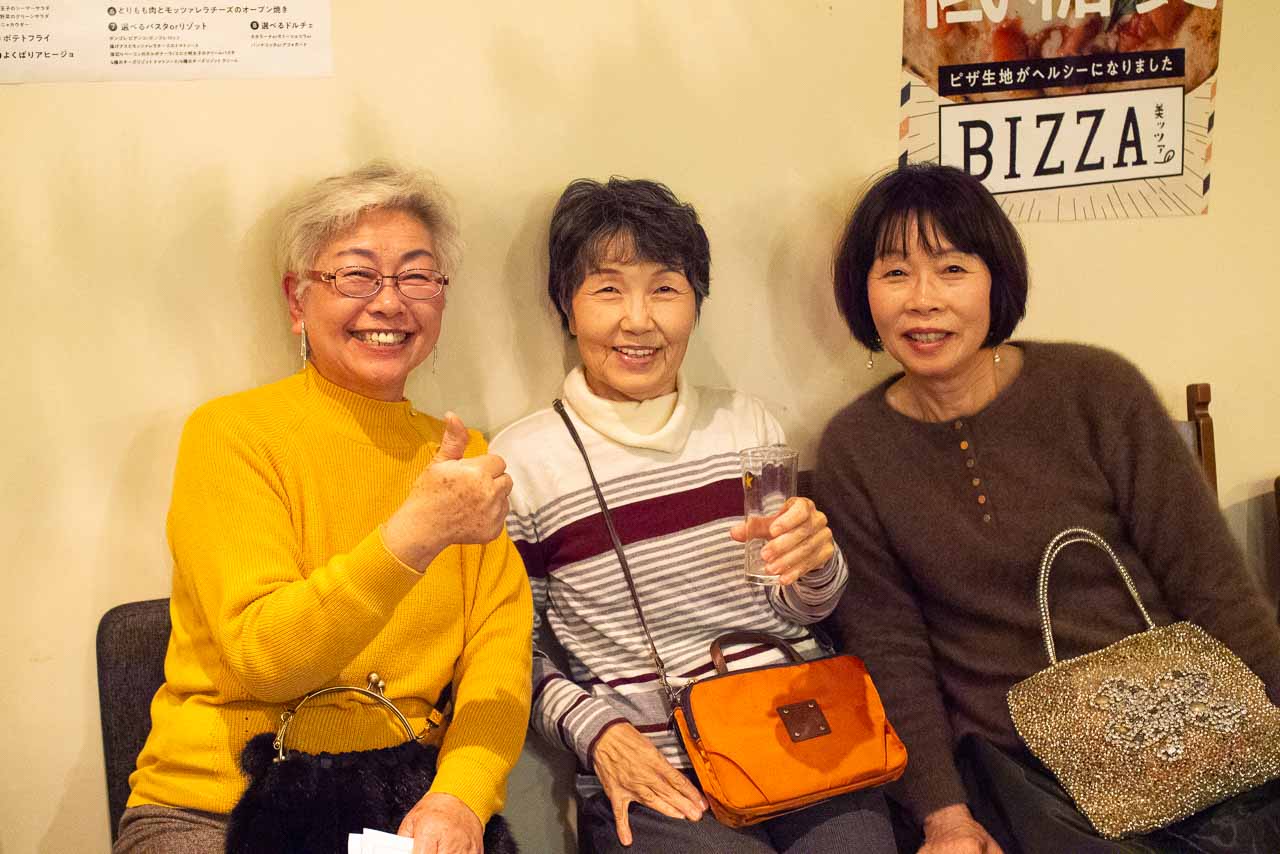 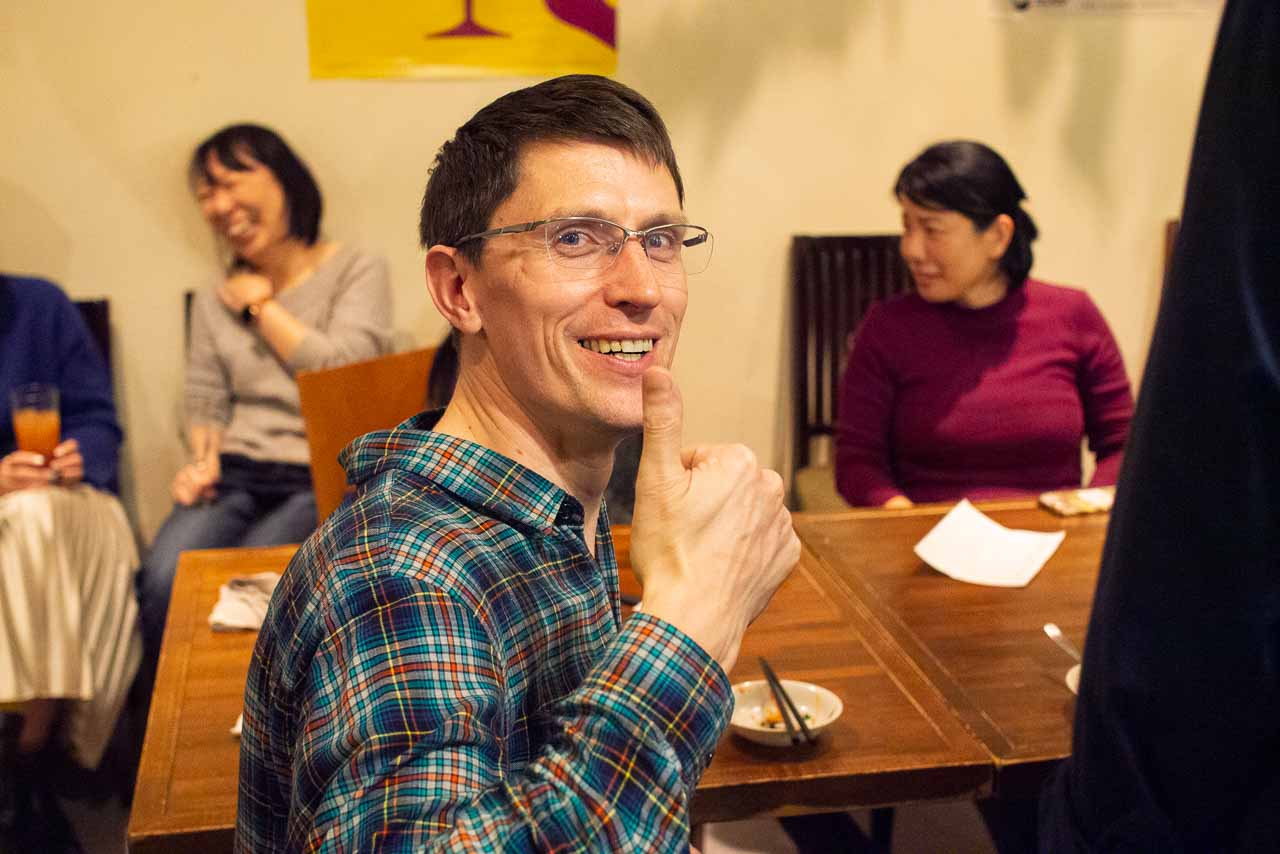 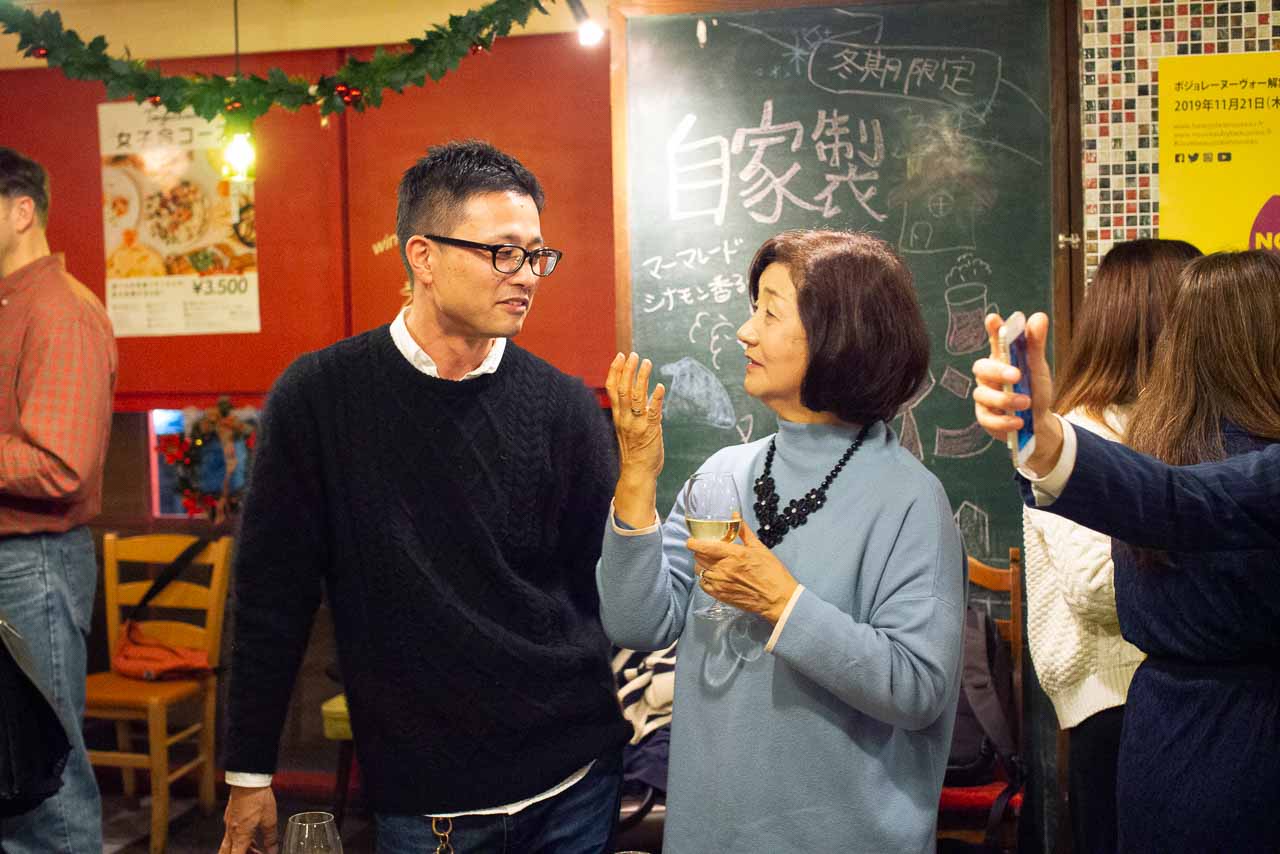 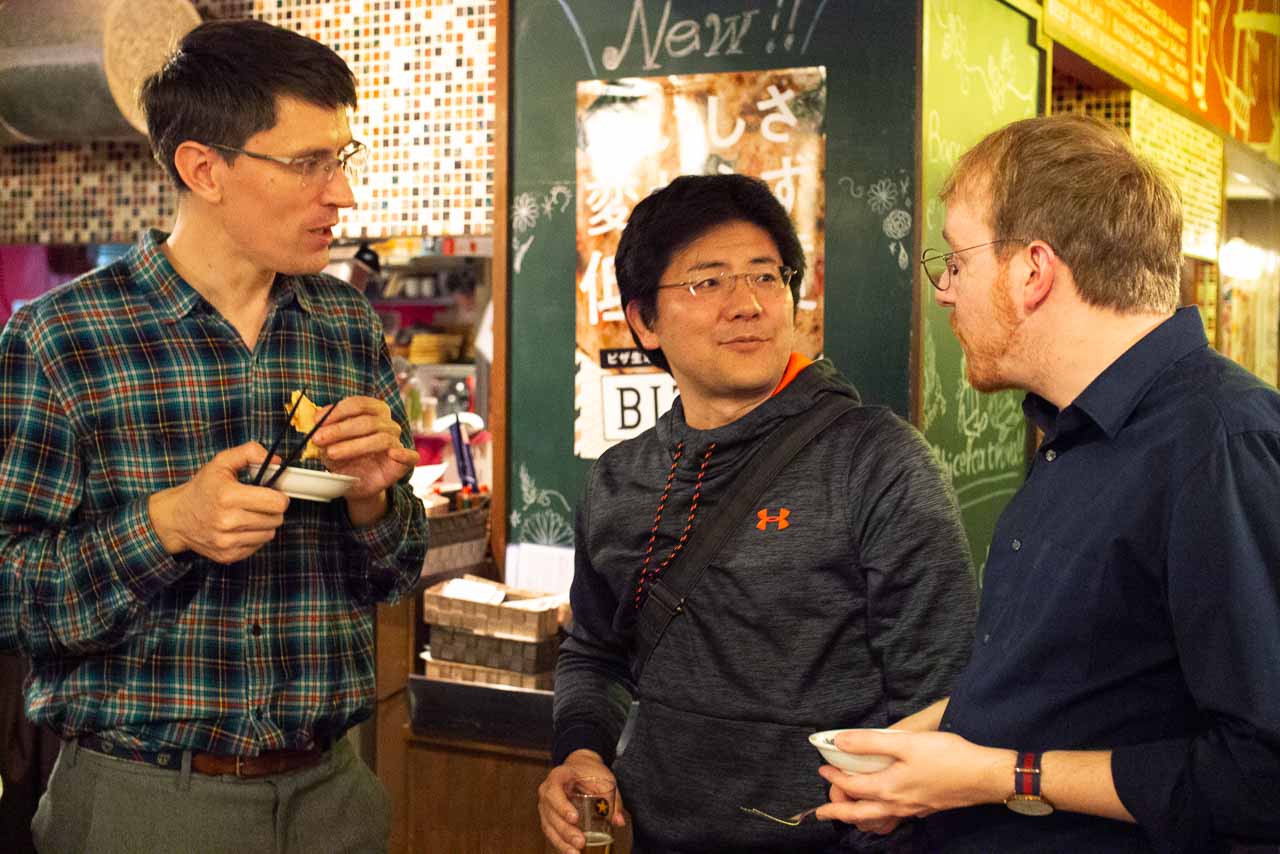 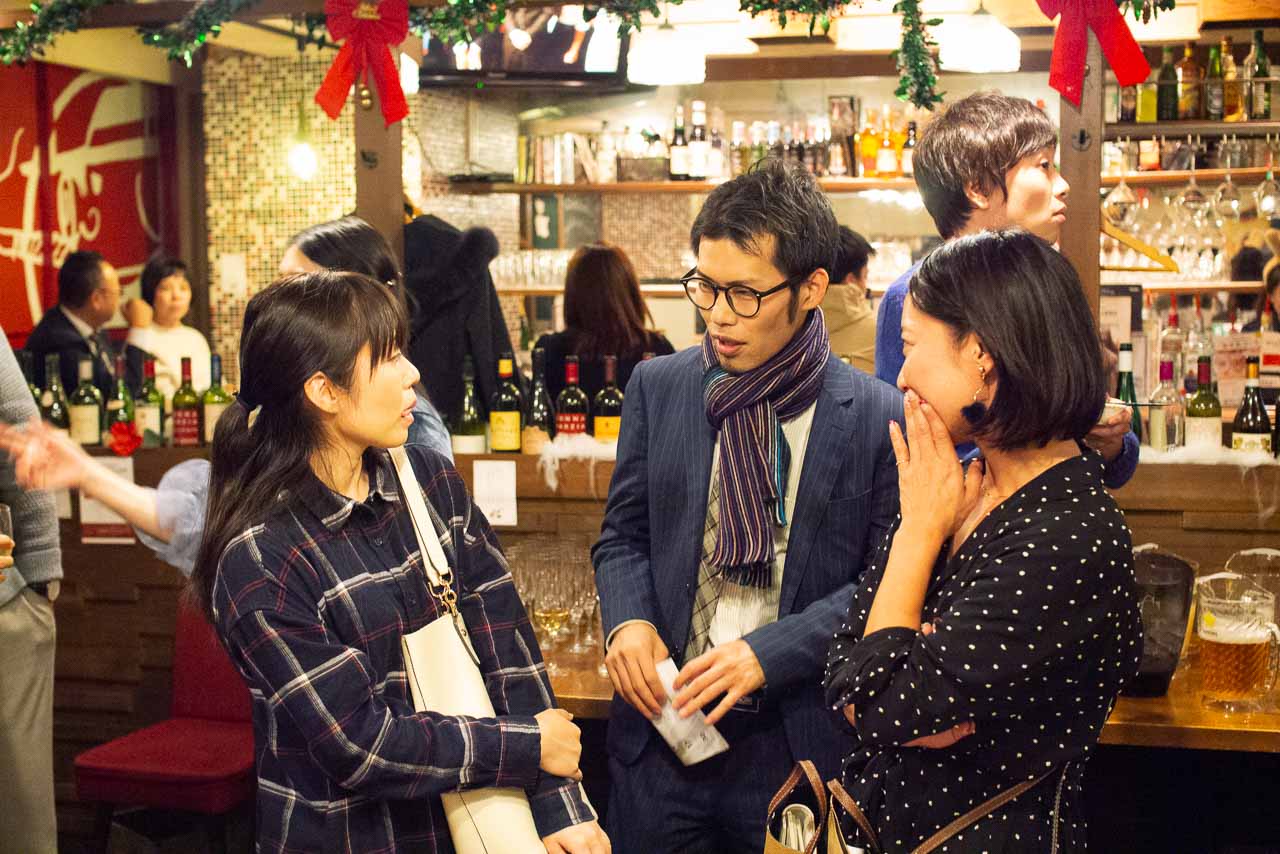 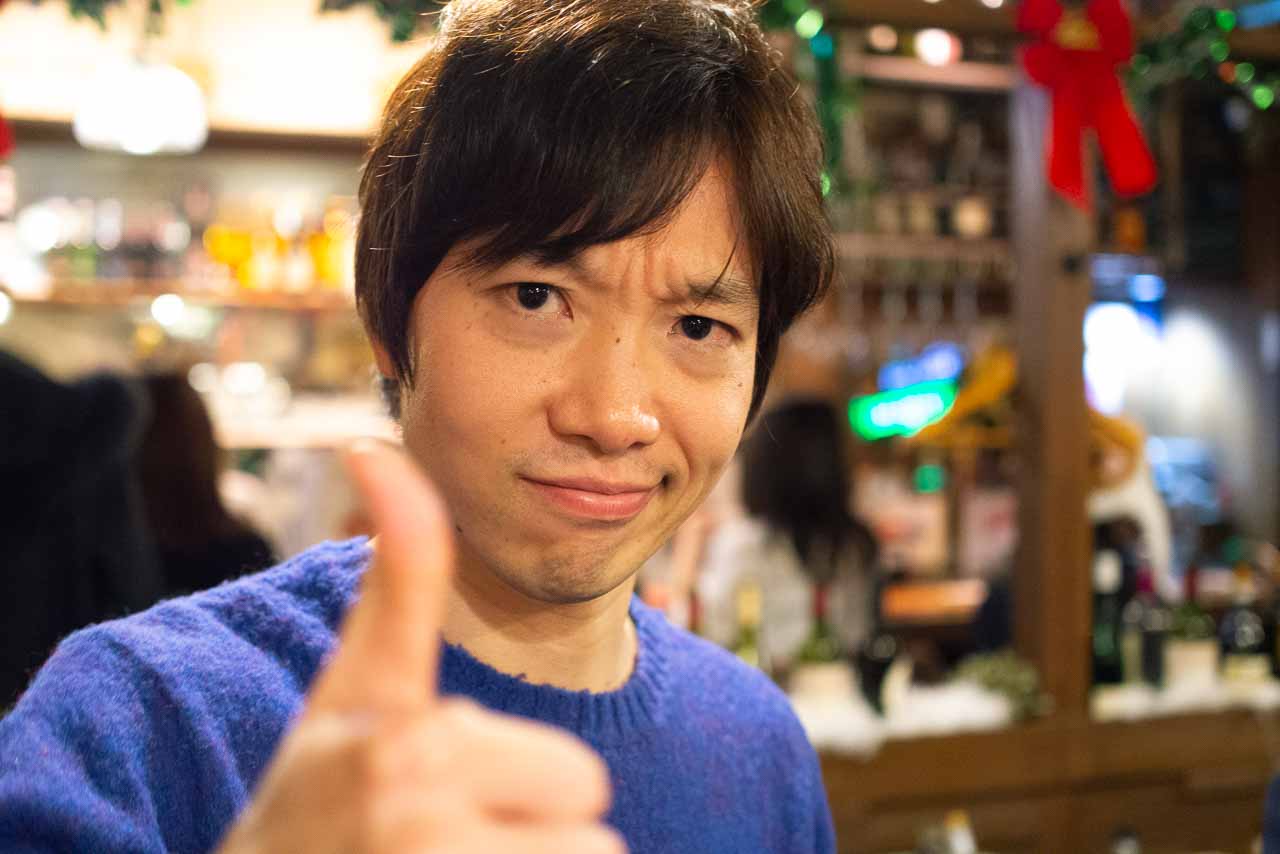 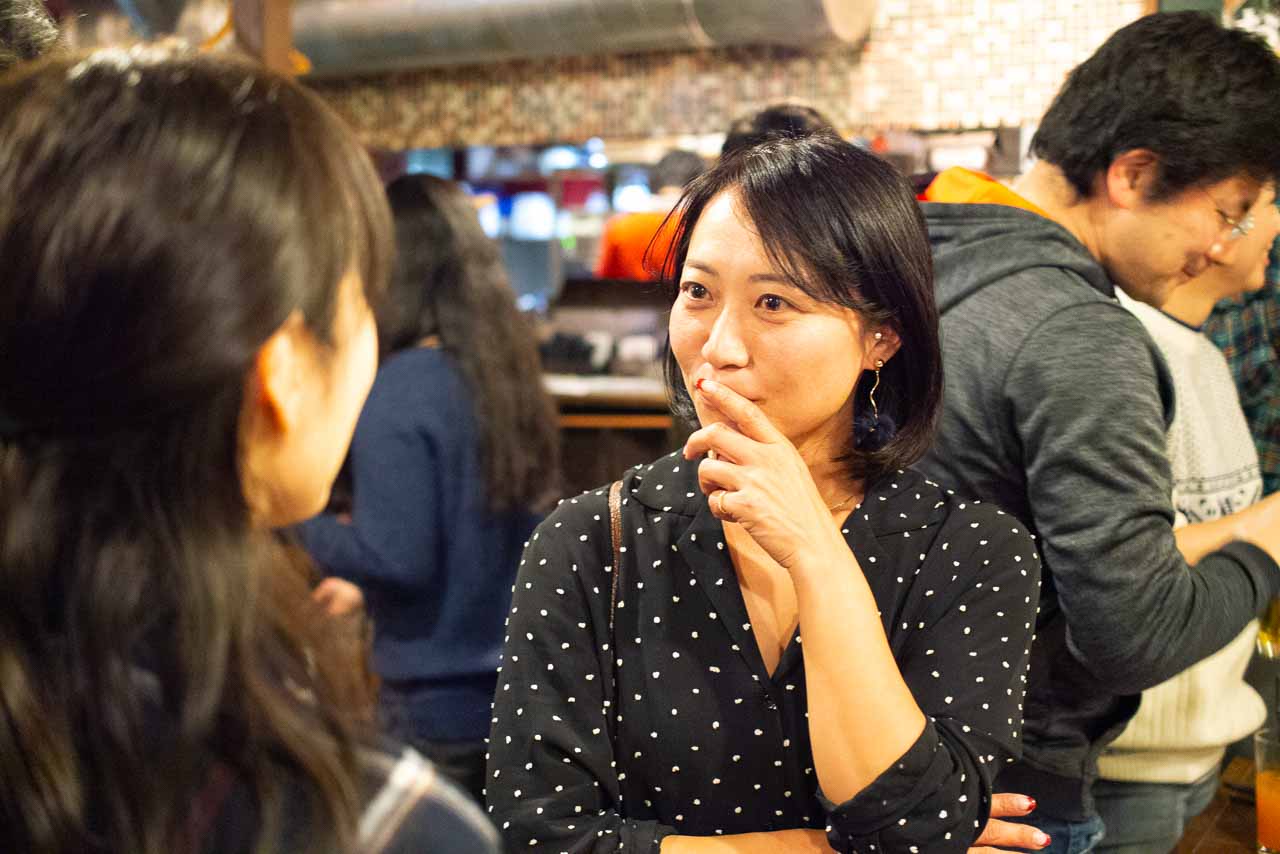 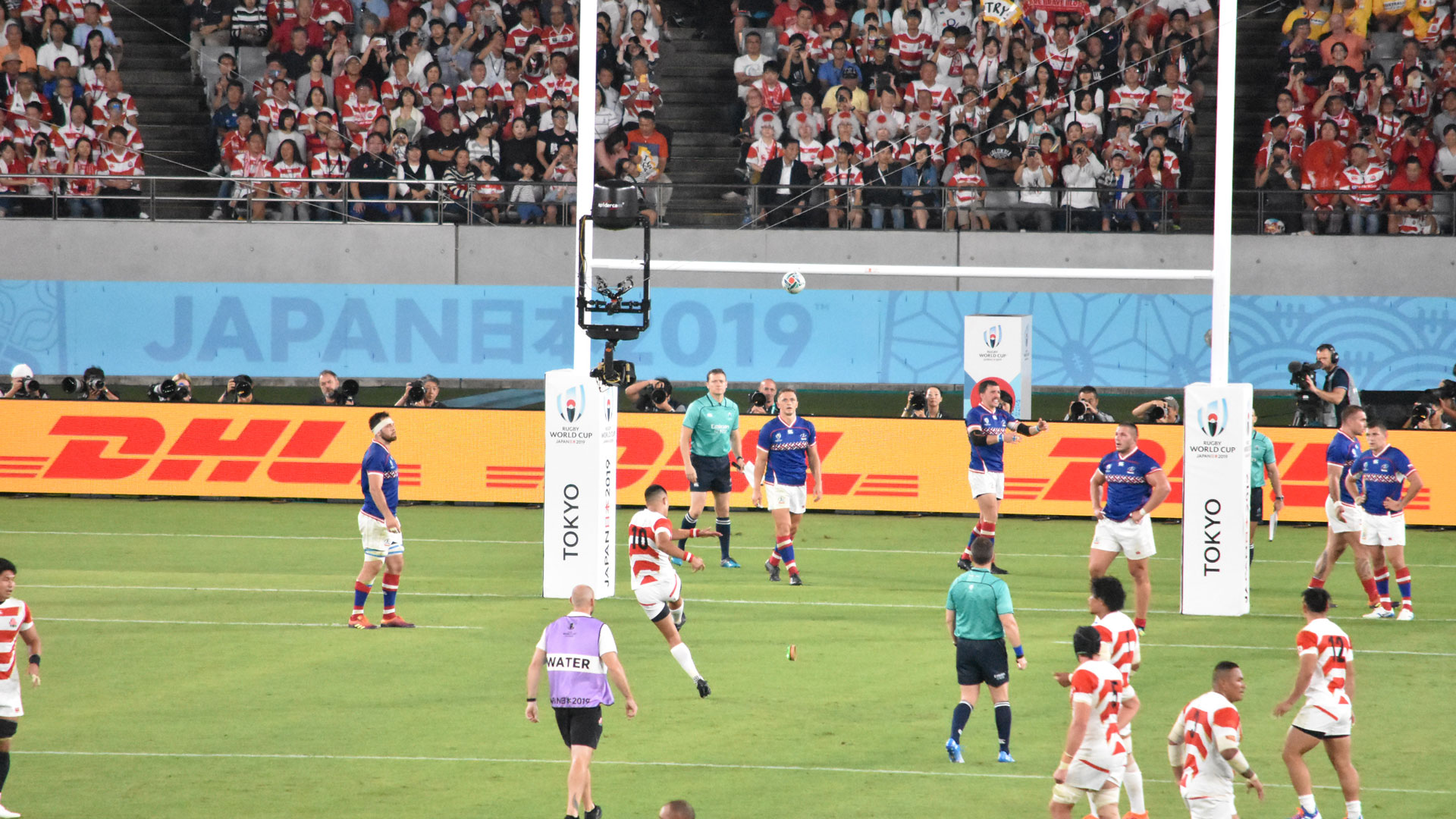 This month, millions of people around the world have been watching the Rugby World Cup in Japan. The two final teams have now been decided; England will play South Africa in Yokohama on Saturday. It is the fourth time England have played in a Rugby World Cup final, but did you know that rugby was invented in England?

As well as having different rules, there are other differences between rugby union and rugby league. In the UK, rugby union is generally seen as an upper or middle class sport. Players are often very well educated. Many private schools have rugby teams. Rugby league, on the other hand, is often seen as a more working class sport.

Who will win the Japan Rugby World Cup on Saturday? At Connect, we’re keeping our fingers crossed for England, but may the best team win! 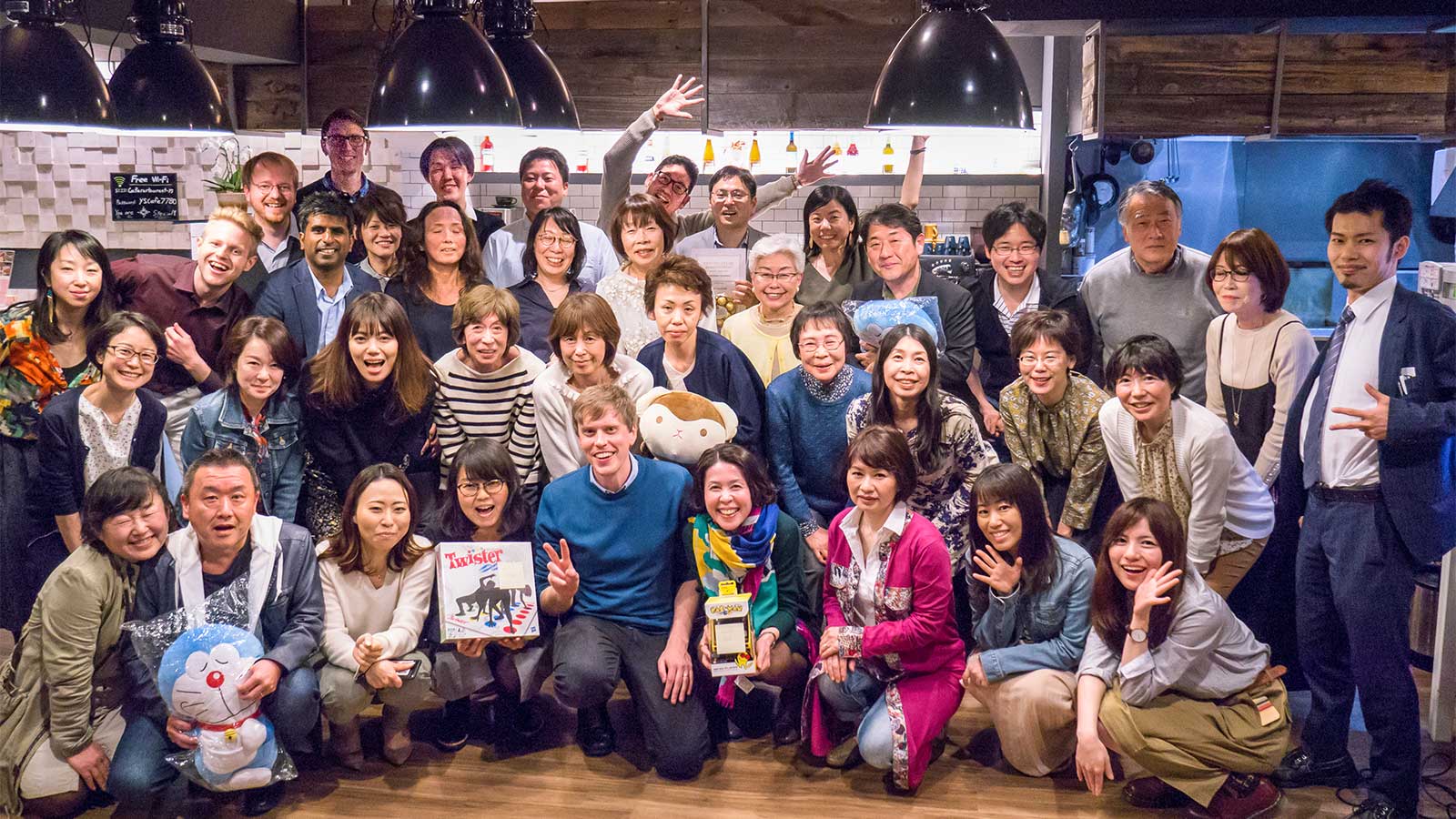 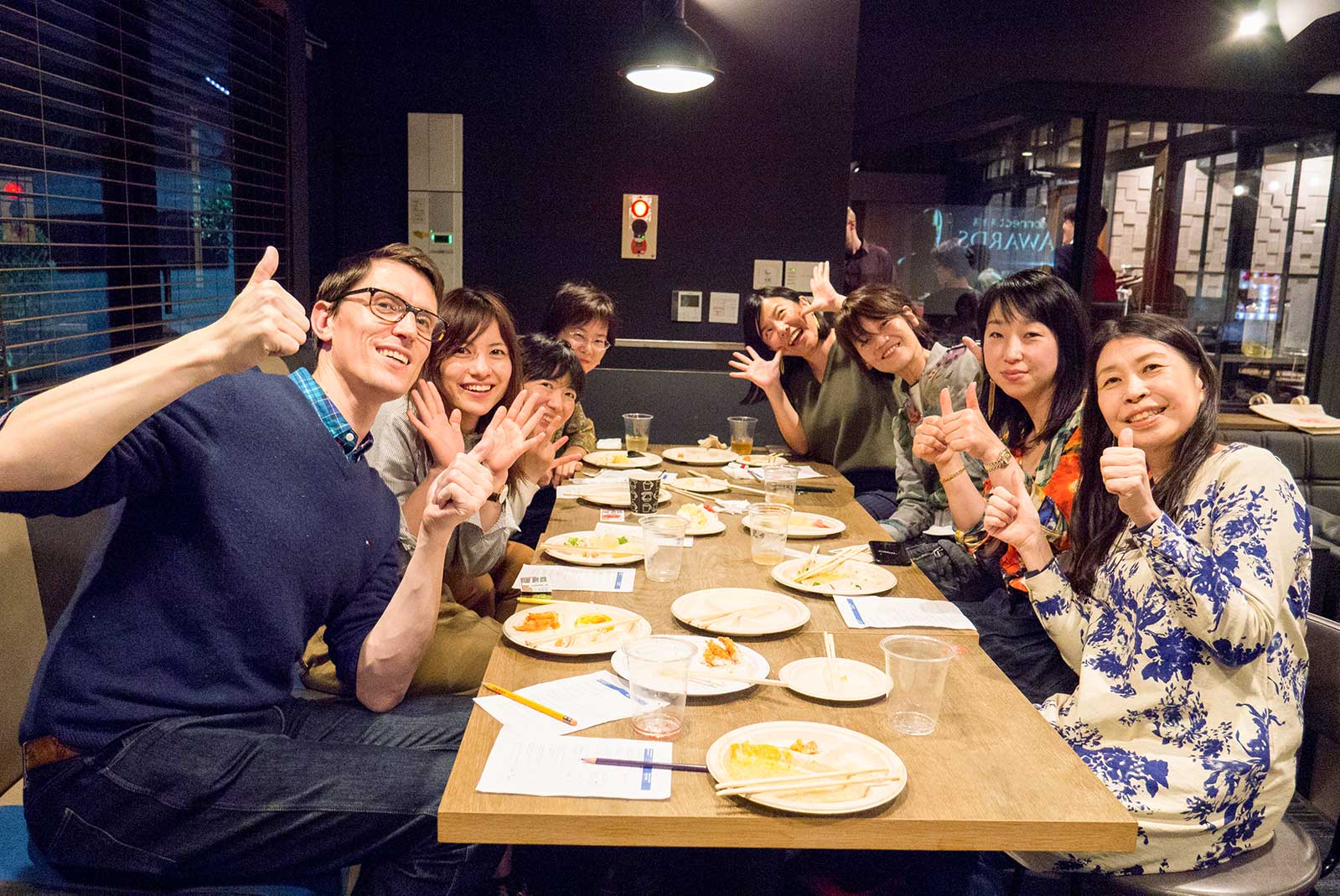 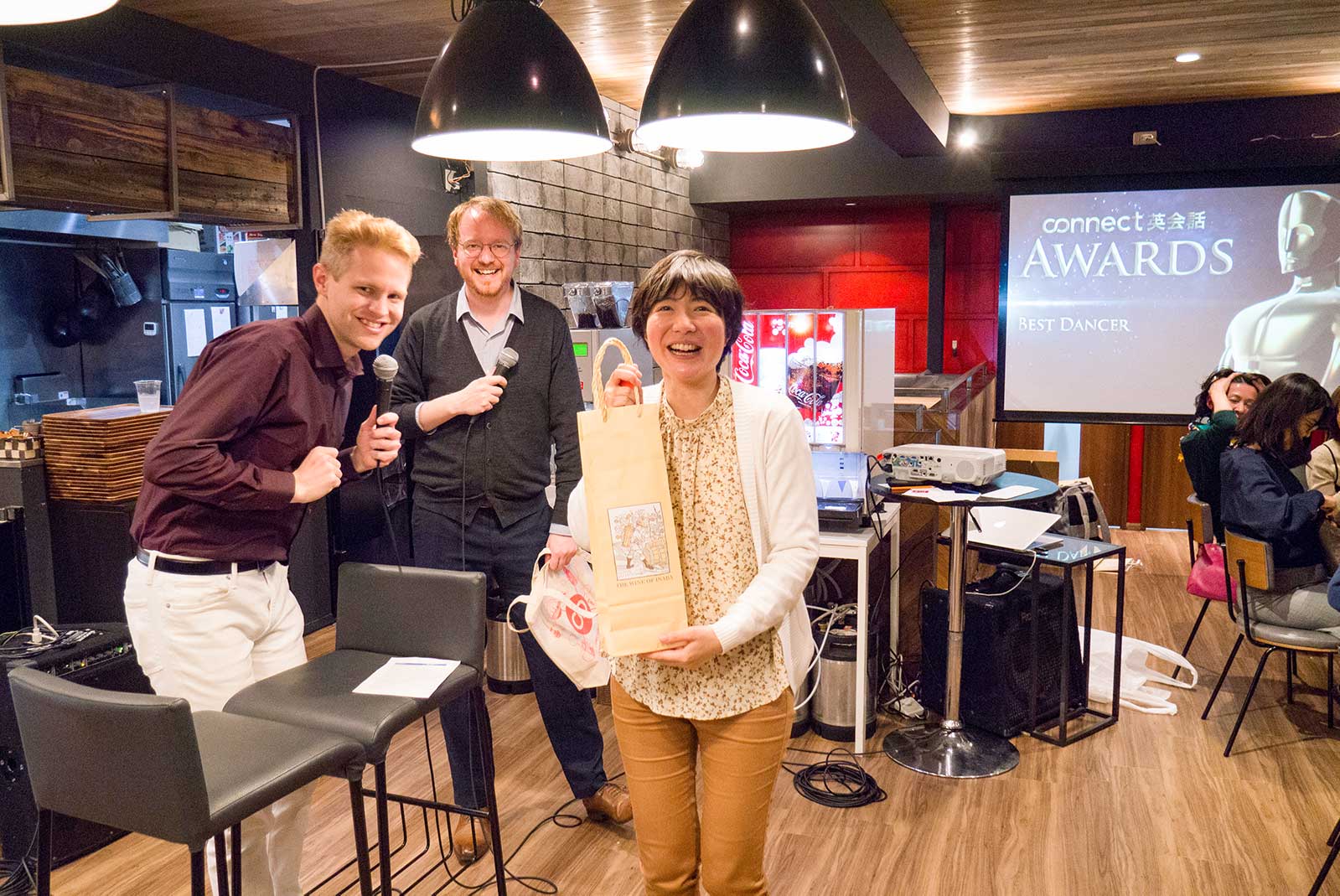 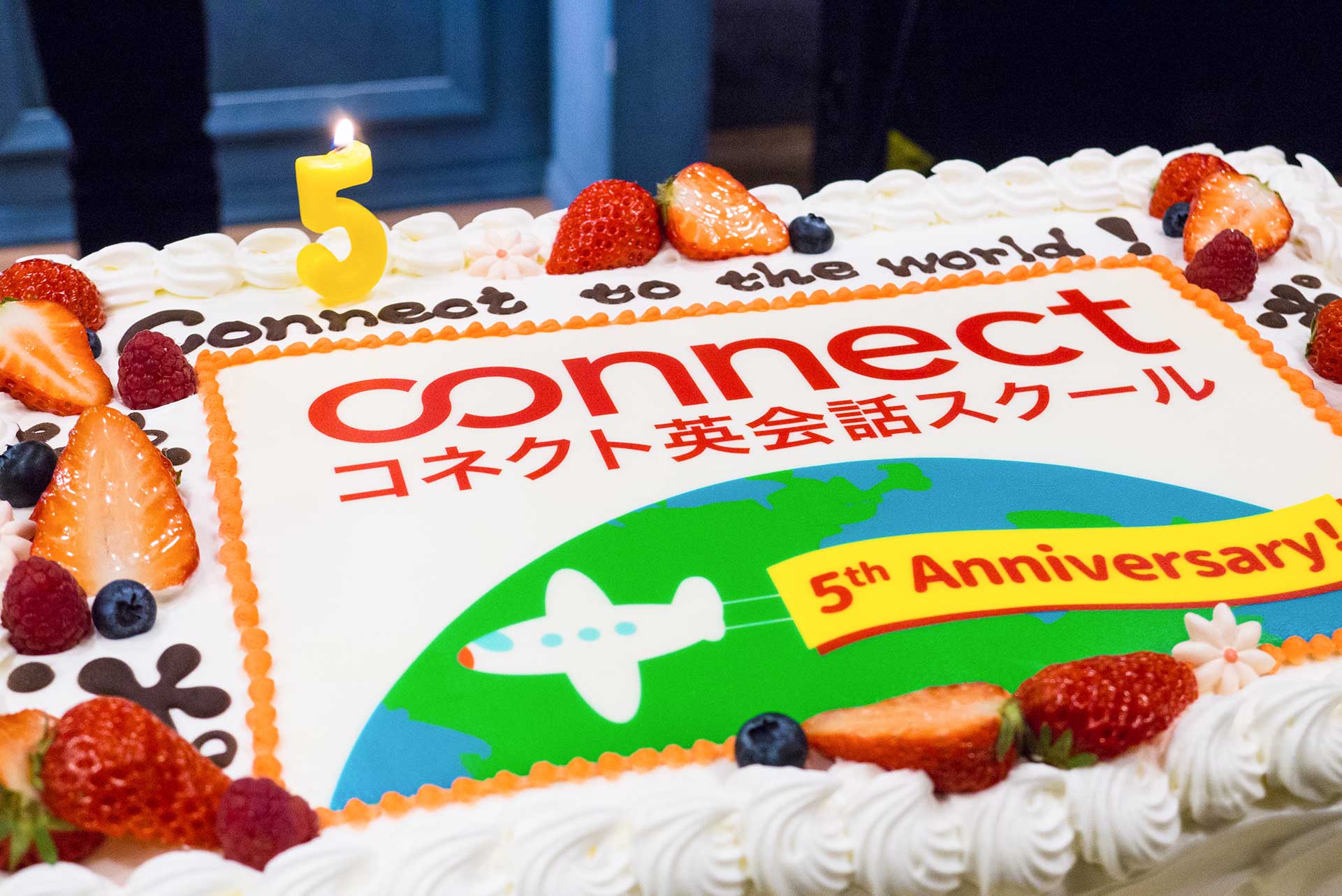 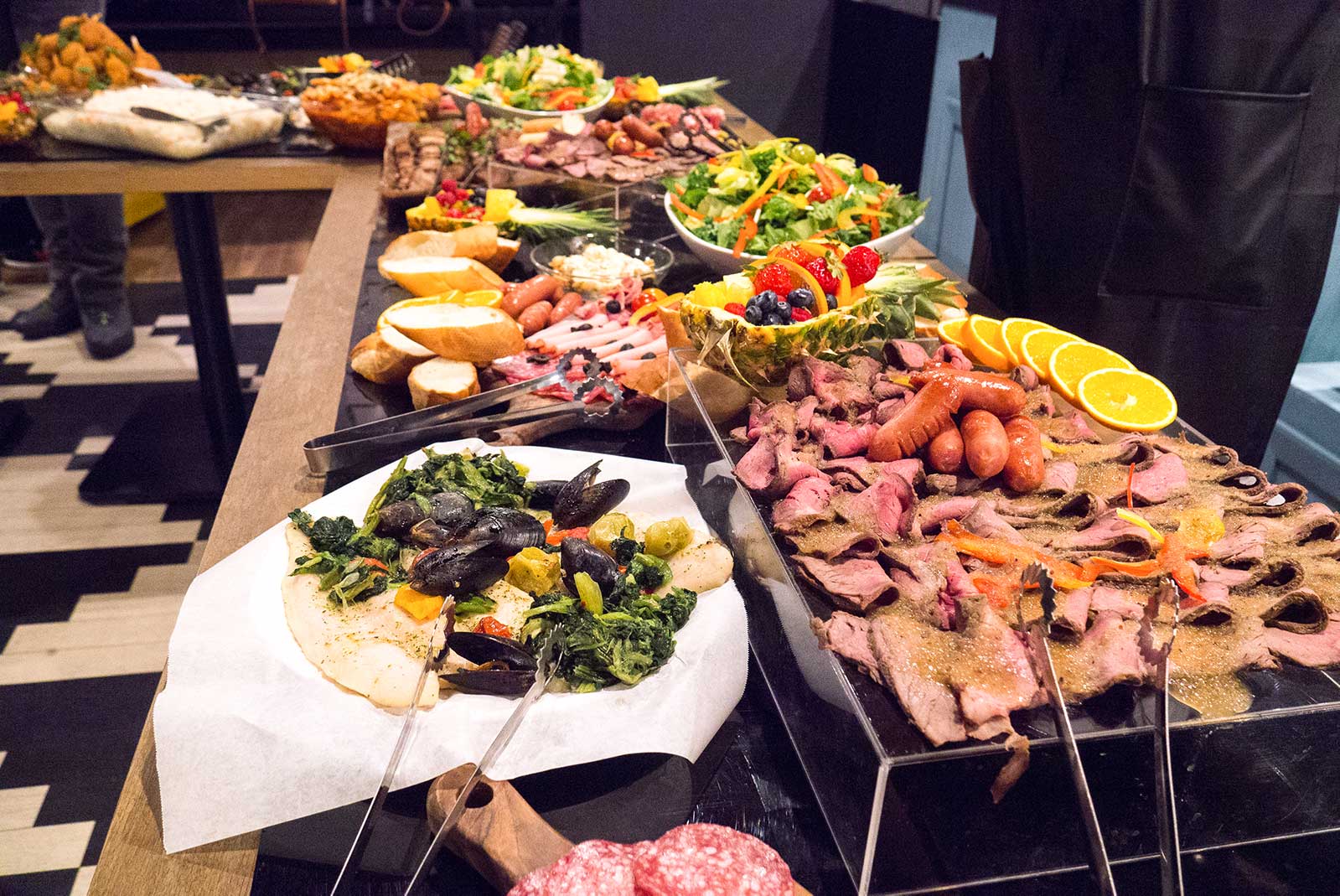 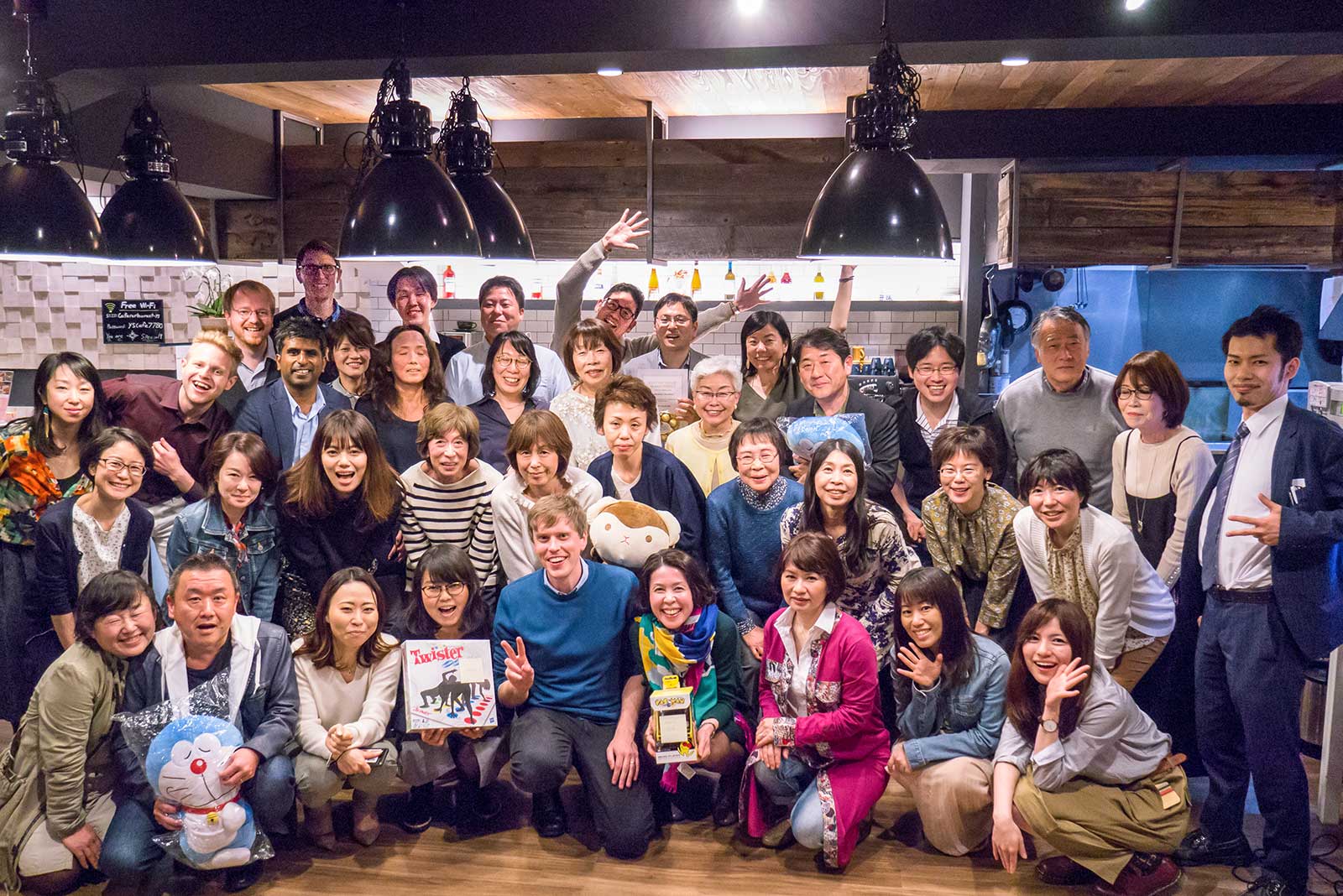 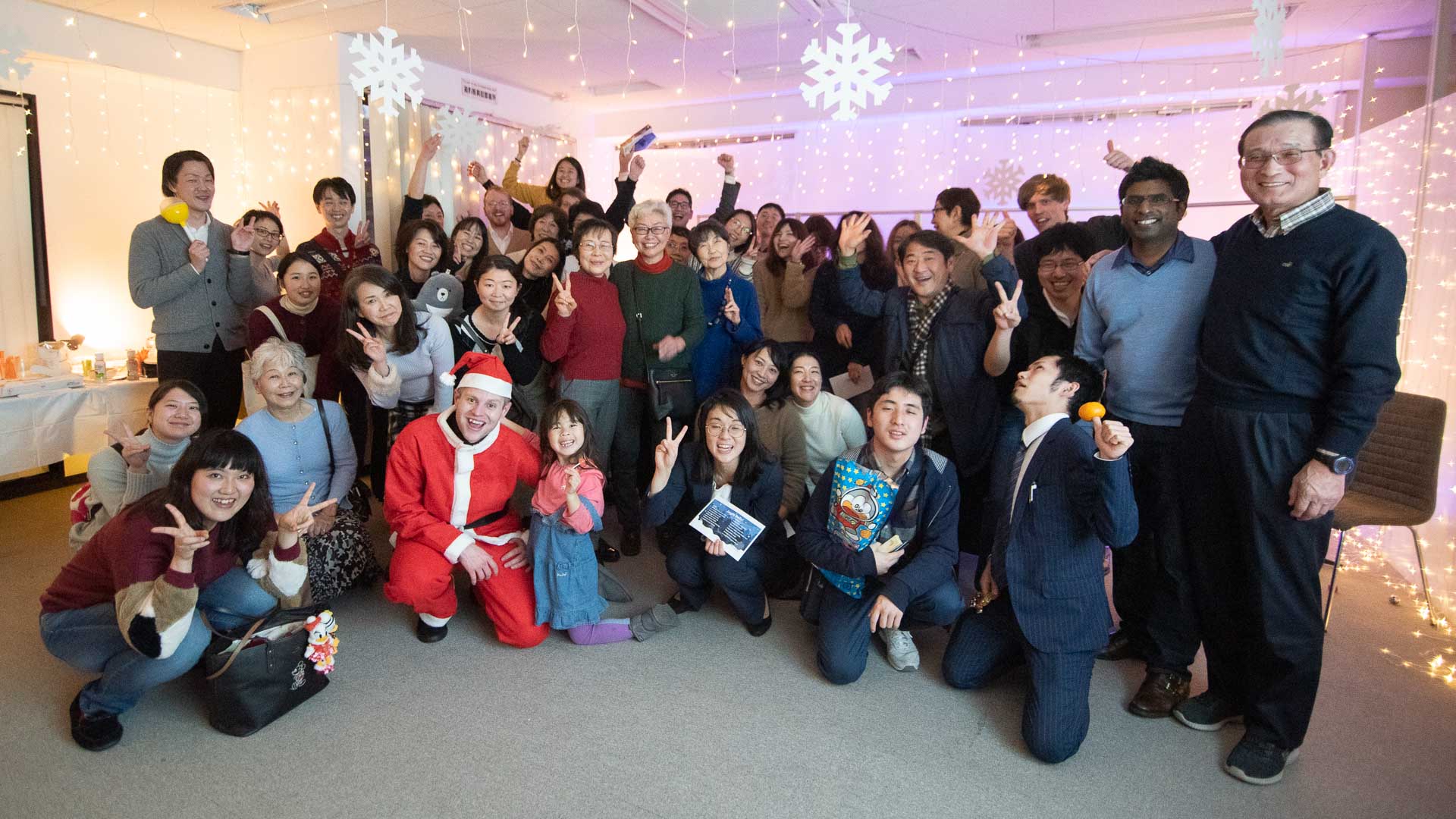 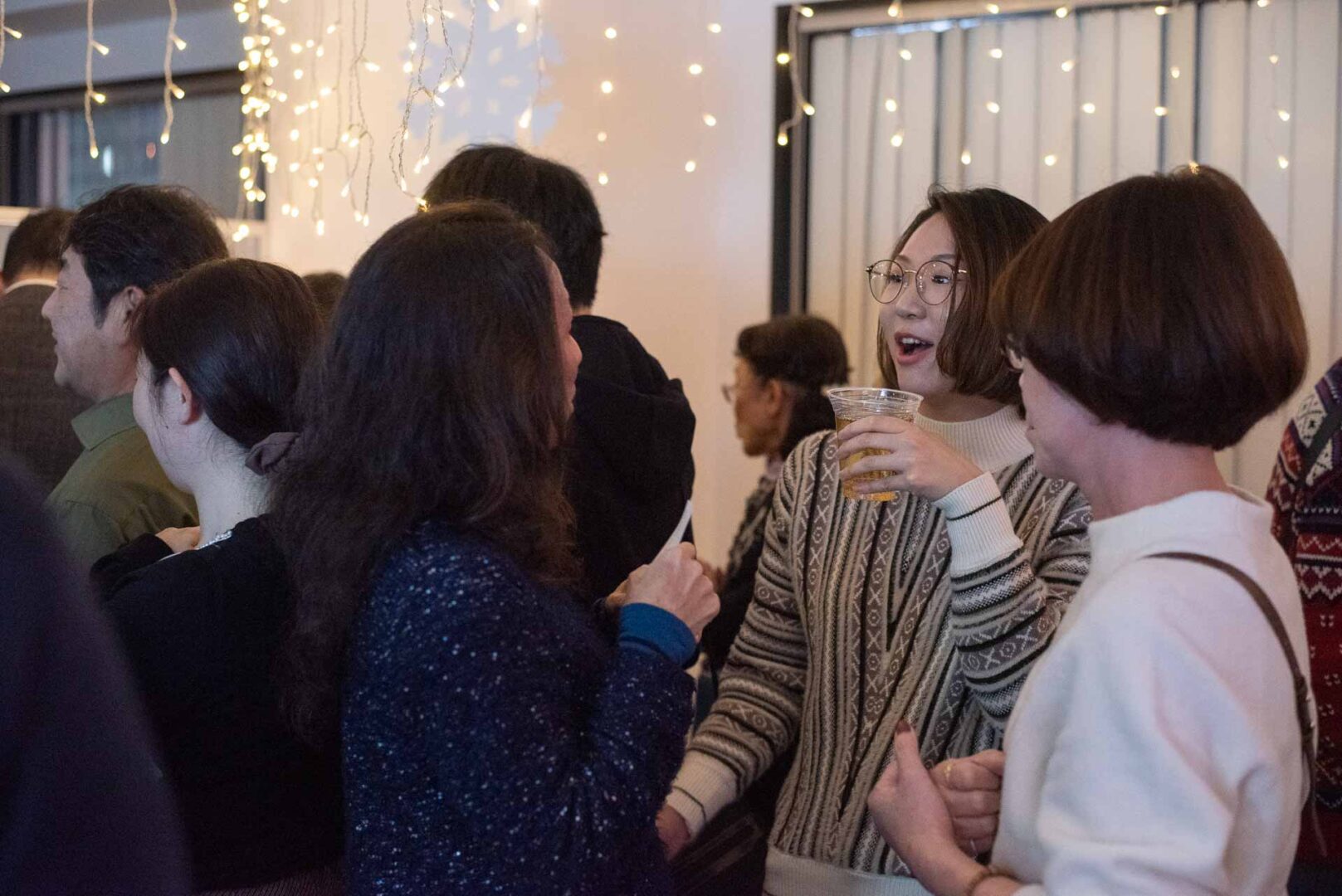 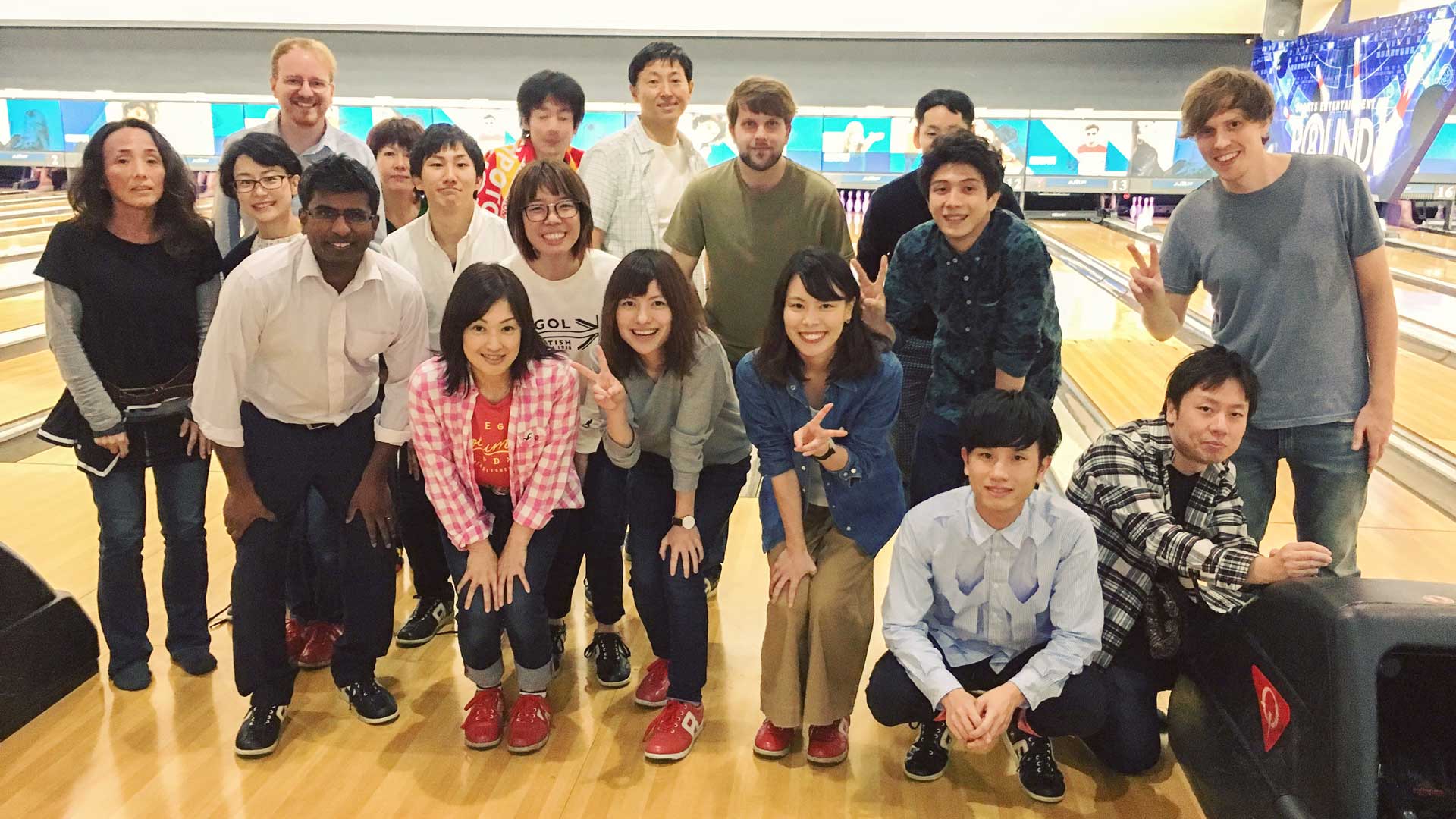 Thanks to everyone who joined our bowling party on Saturday! We went to Round 1 in Chikusa and played 3 games, chatted a lot and had lots of fun. The highest scorer in a single game was Maki with 170. The highest overall scorer was Kodai who scored an amazing 415 over the 3 games. Congratulations to both of you! After the bowling, we went out to Yamachan to enjoy some tasty Tebasaki. We hope you can join us at our future events! 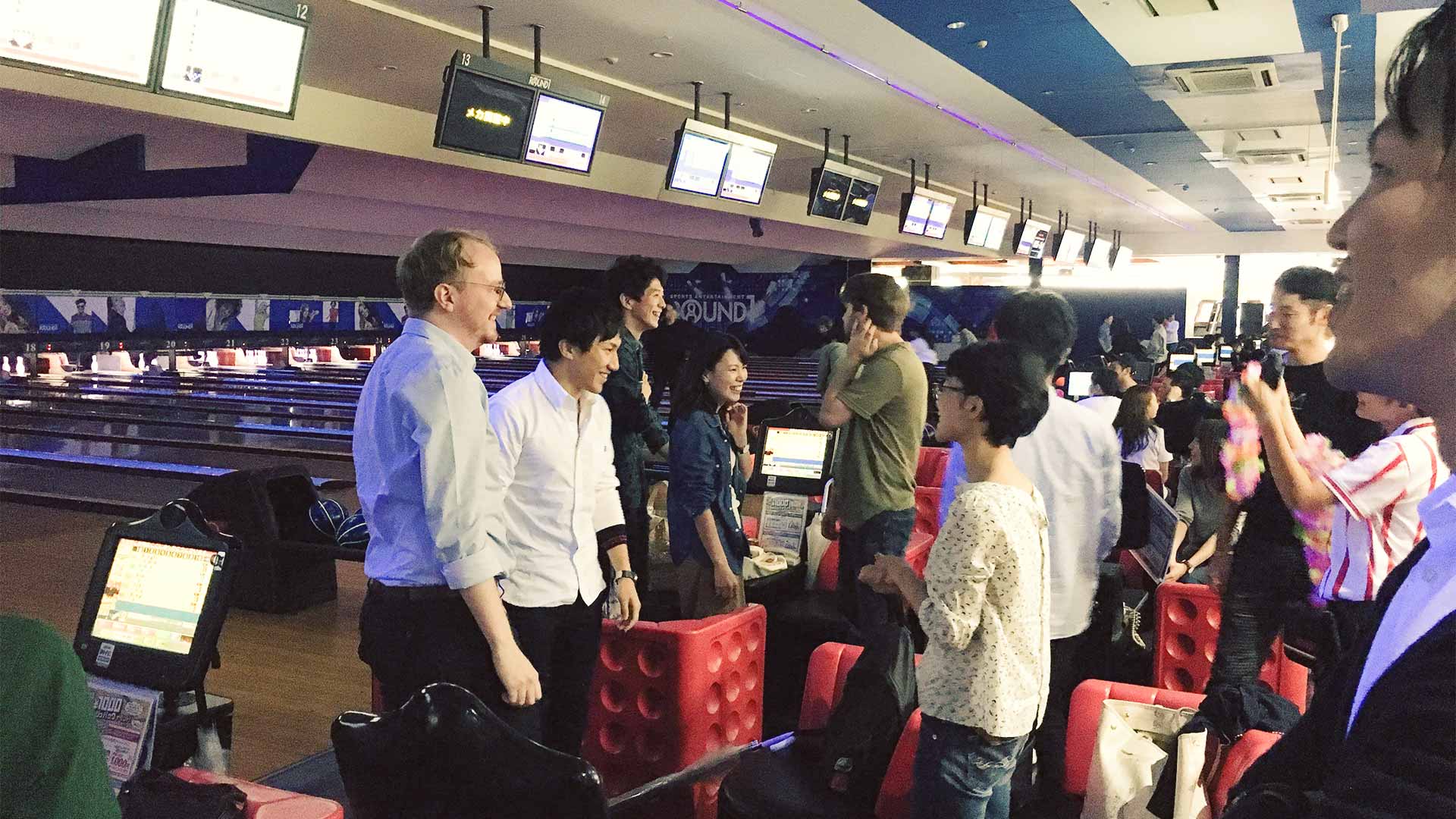 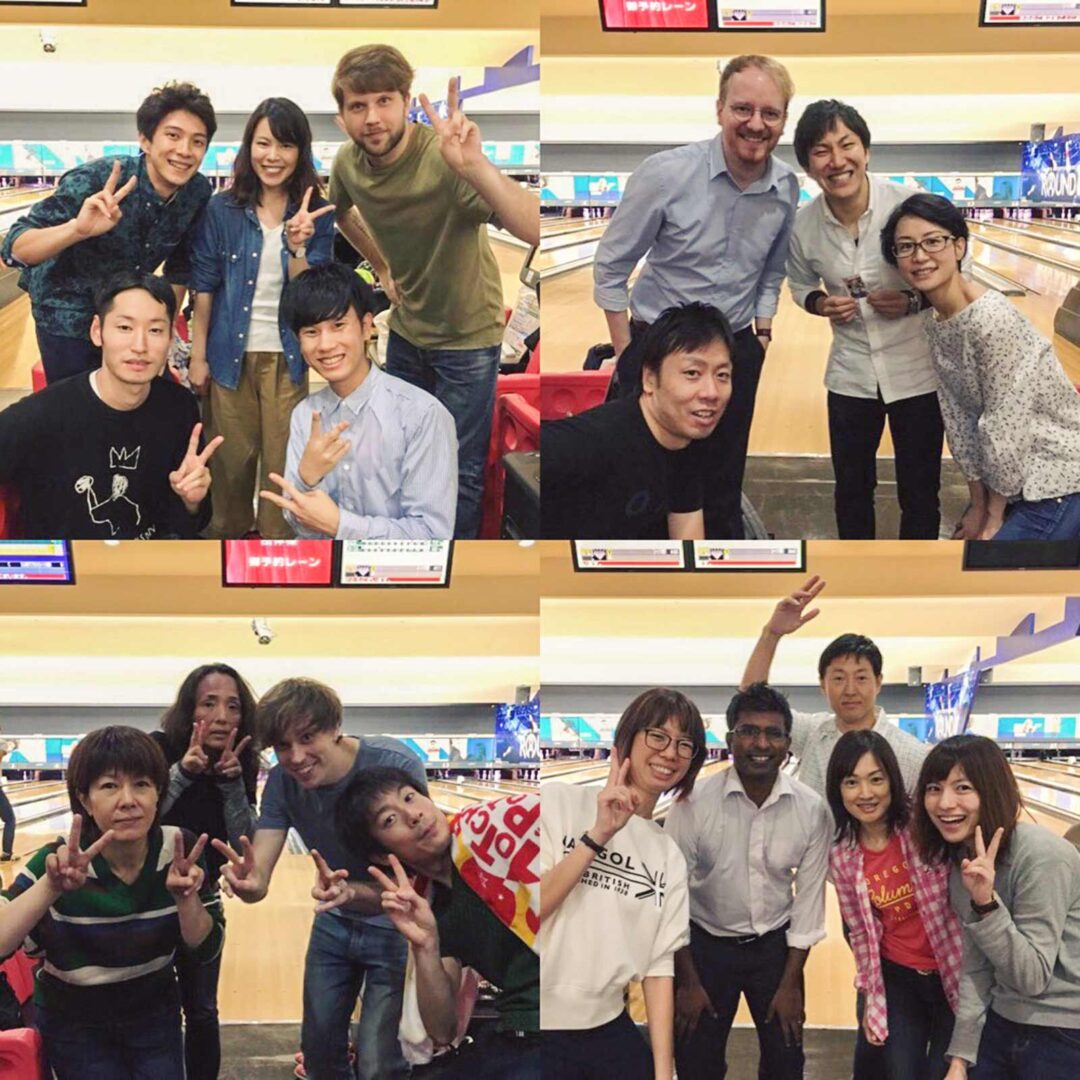 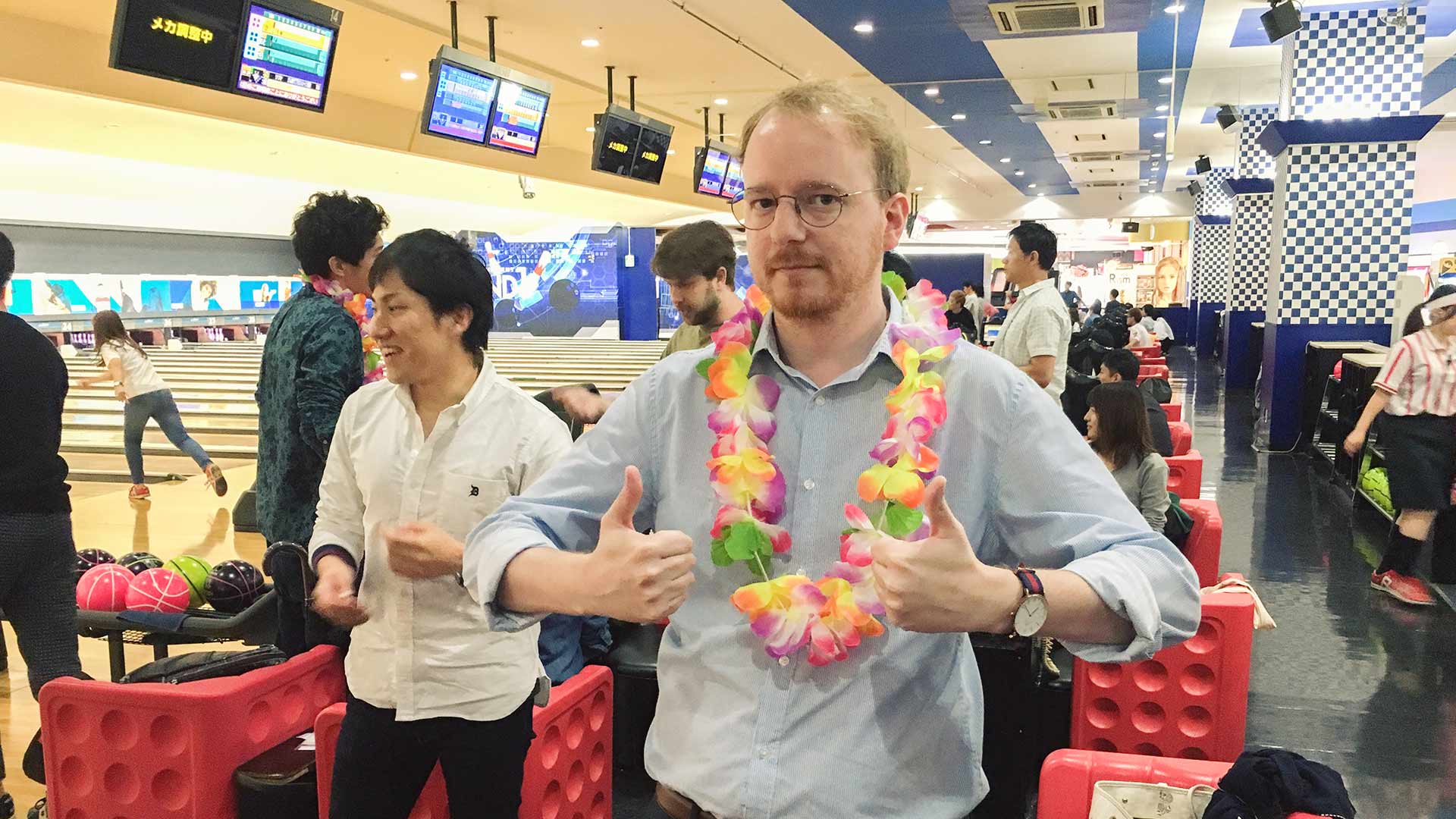 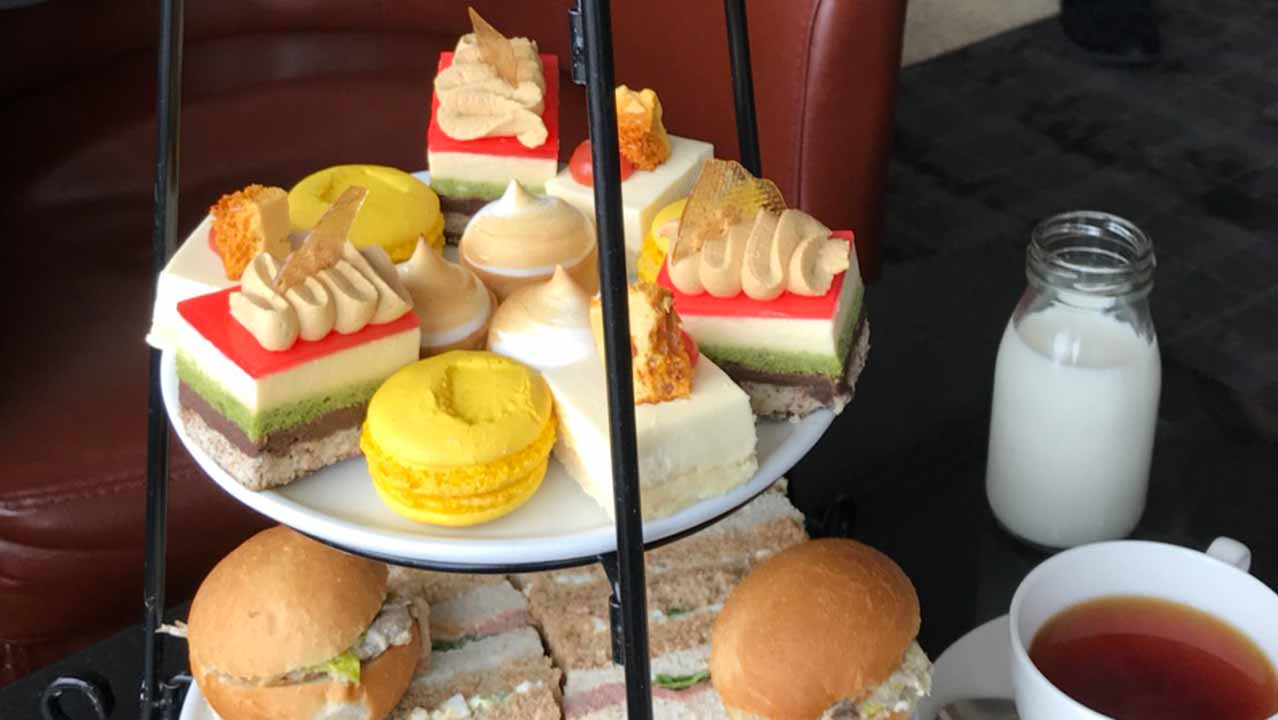 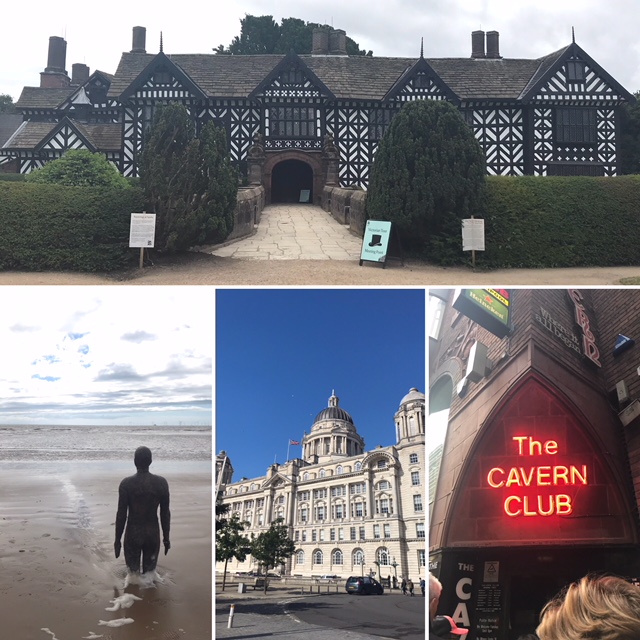 Talking About Football in English 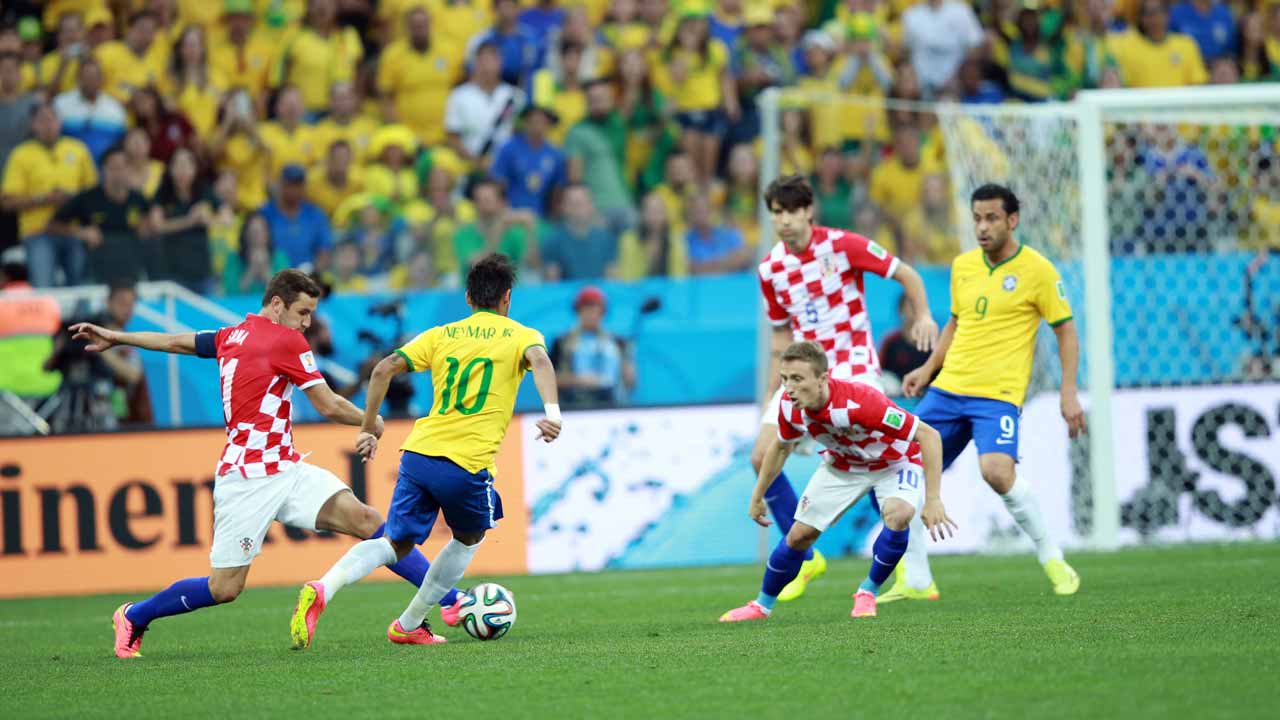 player (n) – the general term for the people in the football teams.
My favourite football player is Messi.

forward (n) – the players at the front of the team. They usually try to score goals.
Ronaldo is one of the best forwards in the world.

midfielder (n) – the players in the middle of the team.
The midfielder passed the ball to the forward.

defender (n) – the players at the back of the team. They try to protect the goal from the other team.
The Japanese defenders played really well – Colombia could only score one goal.

goalkeeper (n) – the player protecting the goal. He can pick the ball up with his hands.
The goalkeeper caught the ball in his hands.

referee (n) – the person who checks to see the teams are playing fairly. He has a whistle and some red and yellow cards.
The referee gave both players a yellow card.

linesman (n) – these people stand at the side of the pitch and help the referee make decisions.
The linesman said that the throw-in should go to Mexico.

pitch (n) – the grass rectangle where people play football.
The pitch was really wet after the rain.

goal (n) – 1) the net that the team has to kick the ball into to score points
2) a point
1) The striker kicked the ball past the keeper and into the goal.
2) The striker scored a goal.

nil (n) – zero. We use this when talking about the score of a match. For example, 3-0 is pronounced three – nil.
Panama lost to Belgium three – nil.

foul (n) (v) – when somebody breaks the rules of the game, usually by hitting or obstructing another player.
James fouled the other player. The foul on the player was really bad.

penalty (n) – a free kick at the goal from the penalty spot – the white spot on the pitch just in front of the goal. This is given when there is a foul inside the box.
Japan were given a penalty. Kagawa took the penalty and scored Japan’s first goal in the 2018 World Cup.

box (n) – the rectangular area in front of the goal.
Messi scored from just outside the box.

free kick (n) – if there is a foul, play stops and a player can kick the ball without being tackled.
Ronaldo’s free kick against Spain was amazing.

to tackle (v) – to take the ball from a player on the opposite team.
You shouldn’t tackle someone from behind.

to pass (v) – to kick the ball to another player on your team.
Harry Kane passed the ball to Raheem Stirling.

to score (a goal) (v) – to score a point.
Messi scored from just outside the box.

to save the ball (v) – to stop the ball going into the net. Usually the goalkeeper does this.
Pickford dived to his left and saved the ball.

to be sent off (v) – if a player commits a very bad foul, or they get two yellow cards, they are sent off. They have to leave the pitch for the rest of the game.
The Colombian player was sent off in the first three minutes.

We hope these words were useful. Why don’t you try using them to talk about the last football game you watched?