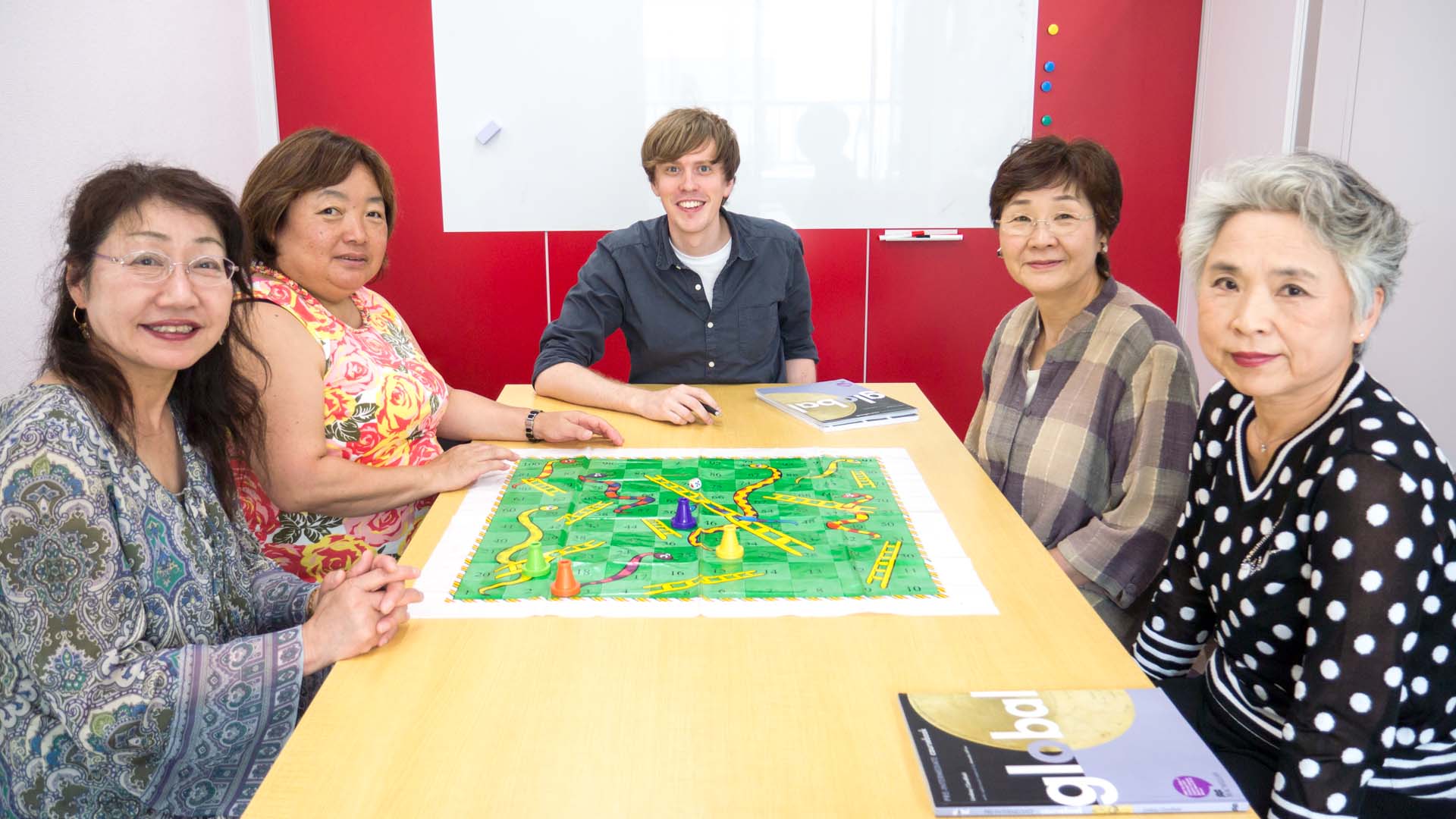 Today we played a traditional board game in our afternoon class. The game is called ‘Snakes & Ladders’ (蛇と梯子) and it was first played a very long time ago in India. It was introduced to the UK in 1892 and has been a popular game ever since.

Each player has a counter which they have to move up the board from square 1 to square 100. The players take turns to roll the dice and move their counter forward. The first player to reach square 100 is the winner. On the board there are lots of ‘snakes’ and ‘ladders’. If you land at the bottom of a ladder you can move up to a higher square. If you land on the head of a snake you have to move down the board to a lower square. This means that the your position in the game can change very quickly.