It was a dark and spooky week at Connect, the wind was howling, the building was creaking and the children were… laughing?!

Among the unusual and very creative characters (well done parents!) at the Connect Halloween party was a cat girl with 3 eyes, a demon minion, characters from ‘Spirited Away’ and ‘Attack on Titan’ and even a wizard all the way from Hogwarts! We had Halloween themed games such as musical chairs, songs and dances, paper crafts such as a bat lantern, read spooky stories, and of course ate some sweet treats! There was fun, excitement, and only a few shocks throughout the week. Even some of the parents tried to join in on the action!

Recently Halloween has become more popular in Japan and you will often see crowds packed out in busy areas such as Shibuya, Dotonbori or Sakae dressed up as their favourite horror movie or anime character. But where did this unusual festival originally come from and why was it celebrated? Surprisingly it began as a religious festival hundreds of years ago, as a day where Christians in Europe would gather to remember and honour the dead. Eventually it was spread by immigrants to America and then around the world. Over the years the festival has changed and popular activities now include carving pumpkins, trick-or-treating, apple bobbing, watching horror movies and more. However some Christians today still practice the original traditions, such as attending church services, lighting candles on the graves of the dead and abstaining from eating meat. 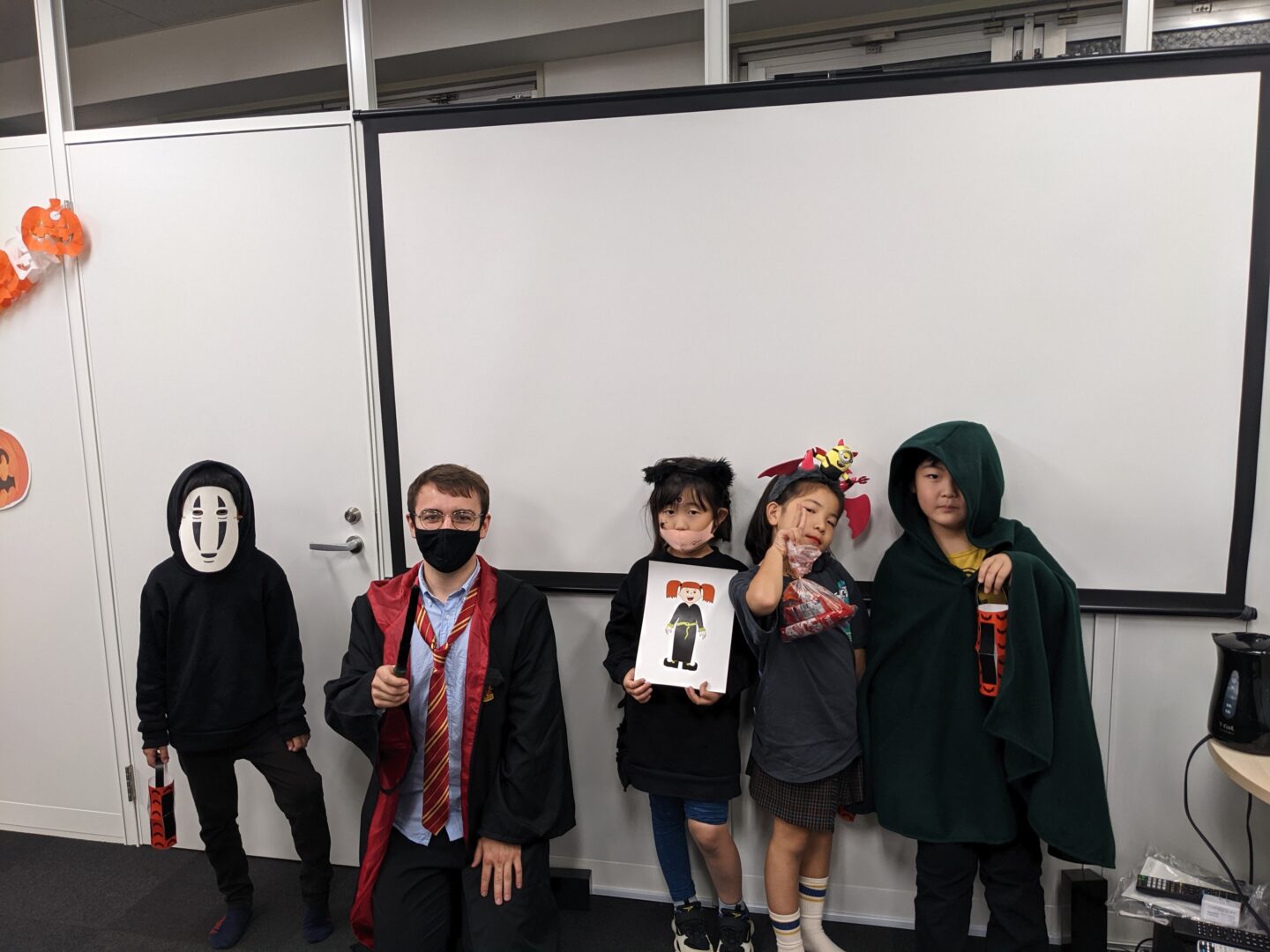